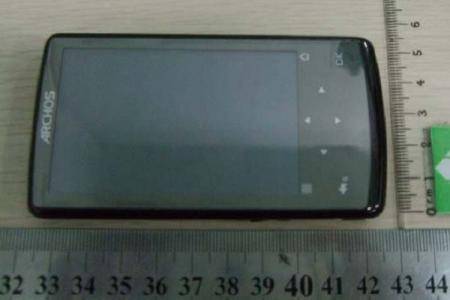 The Archos 32 Internet tablet features a 3.2-inch touchscreen display. Truth be told, we’re not exactly sure that falls into the whole “tablet” range of devices at all, but we’ll go ahead and give Archos the benefit of the doubt here. We know that tablet is a fancy new word now-a-days, and it will probably do well to sell more of the devices. And thanks to the FCC, we now know what it looks like.

While the feature set may not be the best on the planet, at least we can say it looks plenty shiny. Definitely shiny enough to get folks looking at it. Featuring things like a kickstand, and a price tag that runs only $150, the Archos 32 may indeed be a good answer, versus say the iPod variants out there. Though, with the 8GB of on board storage, you’ll definitely probably want to expand that. Thankfully it runs Android 2.1, too. That’s good news in of itself. Now we just need to get the official release date. Who’s interested?