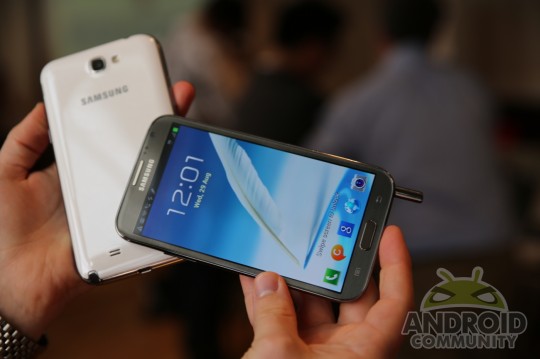 As if a whopping $1 billion isn’t enough for Apple, the Cupertino-based company is asking Samsung for almost 75% more in damages on top of the $1 billion. In a motion filed on Friday, Apple requested that Judge Lucy Koh require Samsung to pay an additional $707 million in damages against Apple. This would bring the total amount that Samsung would owe to over $1.7 billion.

On top of the additional charges that Apple wants to bring upon Samsung, they have requested that a permanent sales ban be put on 26 Samsung smartphones and tablets, which is detailed in its entirety in the 43-page motion document. Don’t feel obligated to read through all 43 pages; we’re sure Apple is just being greedy at this point.

In response to Apple’s motion, Samsung has requested a new trial with a different jury or — if not that — then at least a reduction in the proposed damage costs made my Apple. Then again, even if Samsung is rewarded all of the reductions that it asked for, it’ll only total up to around $35 million off, which is chump change compared to the $1.05 billion they already owe Apple.

The two companies are scheduled to face off again in court on December 6, where a final decision will be made. At that point, we’ll hear what the judge has to say about Apple’s request for more money from damages. Whether or not Apple gets their way this time around, Samsung will still have to cough up a pretty penny — $1 billion definitely isn’t pocket change.