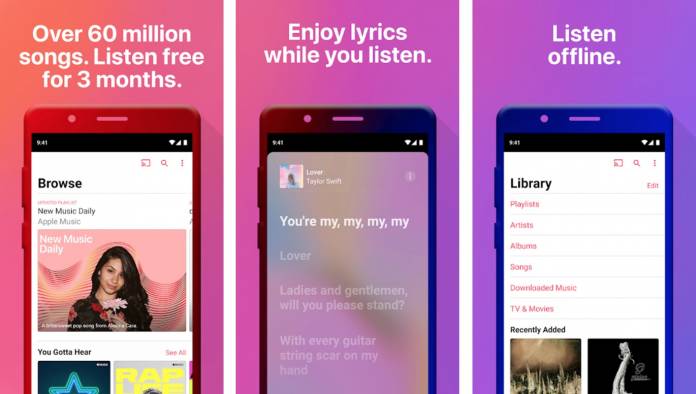 If you’re not satisfied with the compressed sound that music streaming devices bring to your ears, there are some options for some of the apps to bring high-quality, lossless audio. Apple Music seems to be preparing that option for its Android users, somewhat similar to the HiFi streaming options it will bring to iOS devices. The high quality audio streaming and downloading options have been spotted in Apple Music 3.6.0 Beta so hopefully we’ll get this in the stable version soon enough.

In an APK Insight post, 9 to 5 Google spotted some code in the latest Apple Music for Android app that shows we’ll be getting Hi-Fi streaming options soon, if nothing changes with their plans. The app will have two varieties of high-fidelity audio streaming and downloading: “Lossless” and “High-Res Lossless”. There doesn’t seem to be any mention of Dolby Atmos or Dolby Audio which were spotted in the iOS app.

There are also warnings about how lossless audio files may affect your device storage and your data consumption. For example, 10GB of storage can keep 3,000 songs at high quality, 1000 songs with lossless audio, and only 200 songs with hi-res lossless. Obviously, it will consume a lot more data so if you’re not on WiFi, you might want to think twice. “A 3-minute song will be approximately: – 1.5 MB with high efficiency- 6 MB with high quality at 256 kbps- 36 MB with lossless at 24-bit/48 kHz- 145 MB with hi-res lossless at 24-bit/192 kHz”.

The difference between lossless and hi-res lossless is that the former can give you 48kHz while the latter can offer up to 192kHz. Both will use the ALAC codec which is way better than the standard AAC codec that Apple Music uses when compressing music. Currently, the only options you have when it comes to music quality is one for higher quality and the other for reduced data usage. It uses just a simple toggle so the upcoming options will probably use a toggle as well.

As to when we can expect the update to come to beta and eventually to the stable version of the Apple Music Android app, that is still up in the air. There is no guarantee of course that the lines of codes spotted will make it to the app itself but hopefully this is something we’ll get eventually.