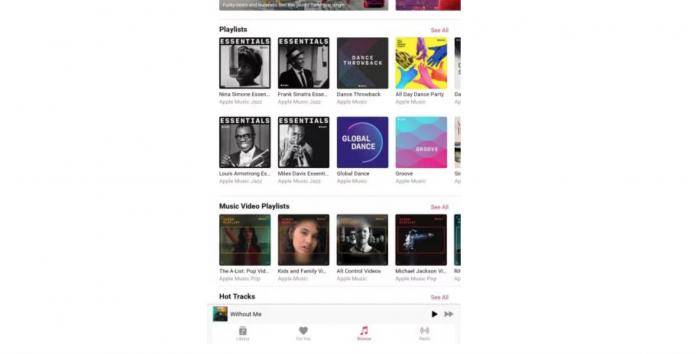 There may not be that many Apple Music for Android users or even Android tablet users but the fact that tablet support will finally arrive three years after it launched is still cause for…well, not celebration, but at least good news. The beta version of the app shows in its change log that this will be happening soon and that also means some slight changes to its UI to become more tablet friendly. However, the current version of Apple Music still has the UI that is meant for smartphones.

Ever since the Android version of Apple Music was launched three years ago, it hasn’t really taken off as they expected. Android users had their own music streaming service of choice already, but at least they do have that option if they wanted to switch. But what they lacked was tablet support, which is a common problem even with popular apps like Instagram. This may probably be because there aren’t that many Android tablet users anyway.

In version 2.7 which is only available for Google Group beta testers, shows some UI changes to accommodate the tablet support. Instead of the collapsible hamburger menu that we have now, you’ll finally get a bottom bar navigation. You probably often use the Library and Browse buttons, so now they’re at the bottom of the display, just below the Now Playing controls.

The changelog in the beta version also includes performance improvements for images and audio playback and the usual bug fixes. So if you’re not going to use your Android tablet (or if you have a tablet at all), then there’s nothing really exciting for you here.