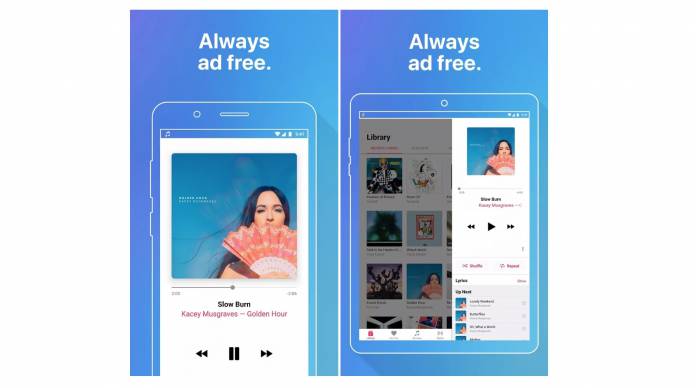 Just last week, Apple Music for Android added support for Chromebook devices, meaning that aside from playing the app on your smartphones and tablets, you can also now play it on any Chromebook. To this day, Apple Music is the only service from the other side of the aisle that is available for Android devices. We don’t know if that will change anytime soon but what we do know is that soon you’ll be able to stream your music with the app’s upcoming Chromecast support.

Version 2.8 of Apple Music, which was just released last week included support for Chromebook devices as long as they’re running on the latest version of the Chrome OS platform. The update also brought a new Browse tab that will give its users a quicker and better access to music, playlists, and other sections to browse including the Daily Top 100 list. Later updates like version 2.8.1 and 2.8.2 also brought some bug fixes as some apps would close or fail to upload after they upgraded.

But another thing that people noticed in the latest update is that there are four new strings that are detailing work on a possible Chromecast support that will be released in later updates. In fact, the last two lines show what developers normally receive when they register a Cast application with Google. This also means we may be seeing custom colors and branding so that Apple Music will have its own theme for the Chromecast apps on TV screens and smart displays as well.

When those strings are finalized and released in the next update, this means that you’ll be able to stream your Apple Music onto a Google Home speaker, Smart Display, Android TV, or Chromecast. Users will also probably be able to browse through the app and control playback from the Android app itself.

Just last month, Apple Music for Assistant made a surprise appearance in the Assistant settings which technically should have made Apple Music available in any device that supports the Assistant. However, Google immediately pulled it and said that they had “nothing to announce” when it comes to updates to Google Home. No update yet on whether they’ve scrapped plan for that totally or they just delayed the update.