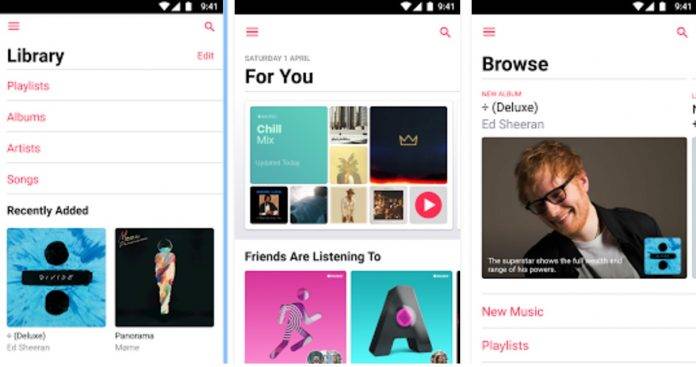 Previously, it would take months for Apple to update their Apple Music Android app after getting a major update for its original iOS app, but it looks like they’re really gunning for the Android market this time. They released an update for the Android app the same day that they started rolling out their iOS 11 update to iPhones and iPads. The same features are rolling out, including social profiles, voice search, a recently played widget, and a shortcut to playing Beats 1 automatically.

You can now create a public profile so other people will see what it is you’re listening to in Apple Music. Well, that is, if you want them to see the kind of music you’re listening to. You will also be able to follow other people’s public profiles, so you’ll get some recommendations of new artists/albums to follow. You will also now be able to use voice search, like Google Assistant, to tell Apple Music what to play. “OK Google, play Beats 1 in Apple Music” should work.

The update also brings a recently played widget so you can have all the music you have recently played in an accessible place. They’re also experimenting with shortcuts, as you can now tap and hold the Apple Music icon and it can lead you either directly to Beats 1 or search for songs/artists/albums/playlists that you want to play.

You can update your Apple Music app for Android devices through its Google Play page. Hopefully, the next updates will be as fast as this one.