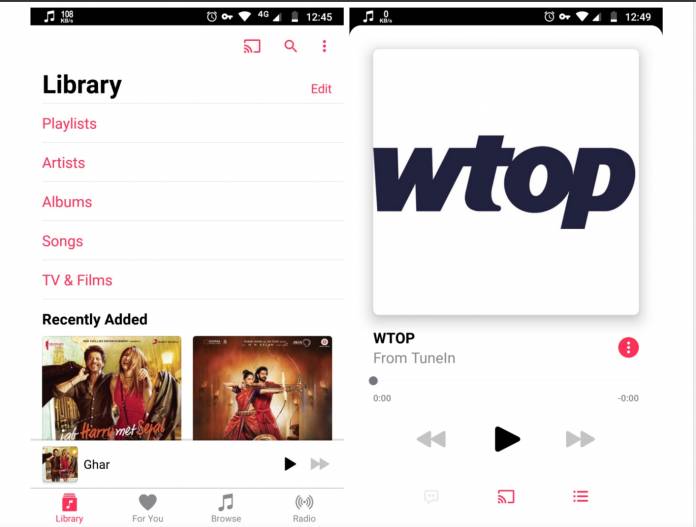 While Apple Music is probably not the most popular music streaming service on Android devices, there are still users out there that prefer to subscribe to it rather than Spotify or Pandora. One feature that was missing though was the ability to stream the music to speakers or TVs that have Chromecast support. But now finally, they are bringing Chromecast support to the Android app, or at least for those that are on the beta program. Plus, you get new radio stations in case you’ve run out of playlists to listen to.

A previous beta update to Apple Music brought the much-awaited dark mode as well as an interesting feature that synchronizes lyrics to the music. But one of the things that users were requesting was to have support for Chromecast. Now finally, they are bringing this simple but useful feature, but for now, it will be available for beta users only. You don’t need to do anything but just wait for the cast icon to appear when you’re using your app.

The cast icon will actually show up when there’s a compatible Chromecast device nearby and if you’re on the same network. Just tap on the device that you want to cast your music to and it should be able to “seamlessly transfer” or stream your music, according to Android Police. You will be able to control the playback from your device in case that’s more convenient for you. But you can always use Google Assistant as well if your Chromecast device has it.

Another update for beta users is the addition of radio stations that have been sourced from TuneIn, Radio.com, and iHeartRadio. You will be able to search for a channel’s name or frequency or just randomly listen to stations that you find from the app. You will have access to 100,000 broadcast stations from around the world as per the changelog.

You can join the Apple Music beta program if you want to experience the updates ahead of everyone else. Otherwise, just wait for the update to roll out to the stable version of Apple Music for Android.