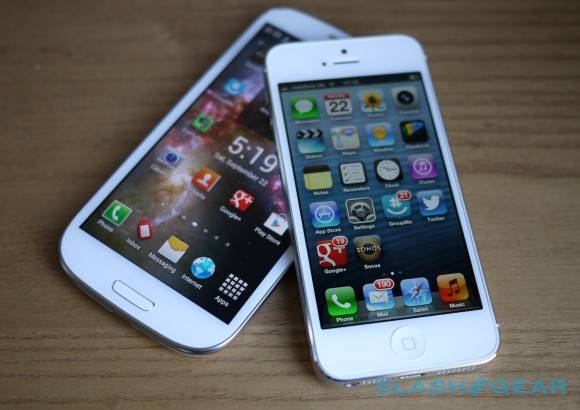 Just when you thought we might be able to go a week without some new developments in the epic Apple and Samsung war, a new wrinkle comes along. This time, it comes in the form of Apple getting Samsung Galaxy devices banned in the Netherlands. The court ruled that Samsung is infringing on Apple’s patents for navigation interface in photo galleries.

This is not the first time Samsung and Apple have gone at it over this very same issue. Last year, Samsung was accused of implementing the same “bounce back” feature as Apple’s devices when scrolling through images. Samsung has since replaced that with a blue flash that would appear on the edges of images. However, Samsung has refused to “sign a declaration of abstinence committing to not infringing the patent.” Samsung claims that the issue had been fixed in the Netherlands.

The ban only applies to Galaxy products that run Android 2.2.1 and higher, and that don’t use Samsung’s proprietary photo gallery software. The court has ordered Samsung to tell Apple how much net profit it made from sales of its infringing Galaxy products since June 27, 2011. A different court is set to determine how much of that profit Samsung will have to give Apple. If Samsung continues to infringe on the patent, the company will be required to pay Apple 100,000 euros ($129,000) for every day it violates the terms of the ban.

A Samsung spokesperson said the company is disappointed with the ruling. Apple, on the other hand, did not comment on the ruling. In another ruling in the Netherlands, a judge ruled that Samsung does not infringe on a multitouch patent from Apple. This coming January, a court is set to place their verdict in another Apple-Samsung lawsuit dealing with tablet design rights.