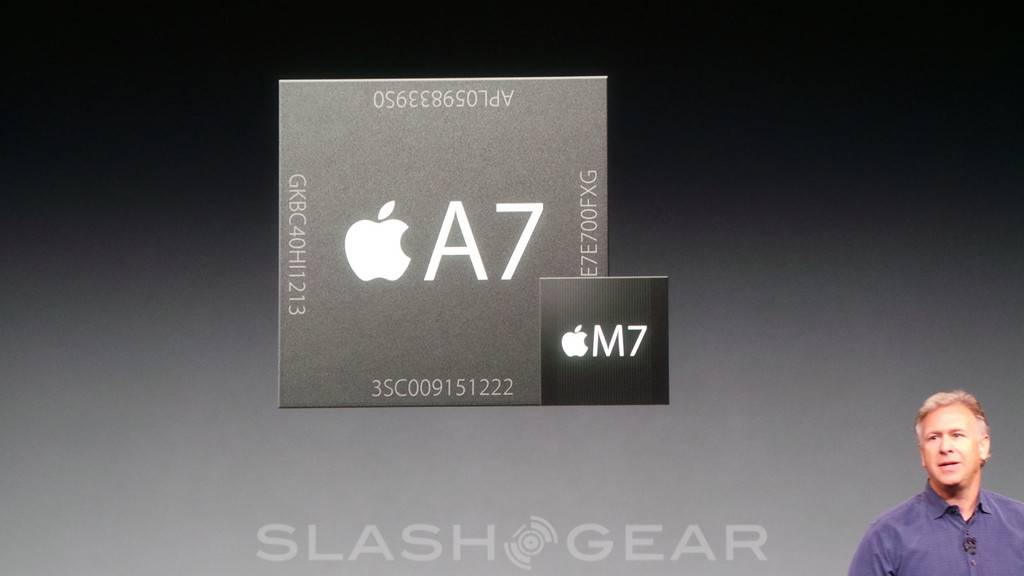 With smartphones these days we’ve been seeing a trend of faster processors with more cores. Things like 2.3 GHz quad-core Snapdragon 800’s to Samsung’s 8-core CPU and more. Do we really need all of that on a smartphone in our pocket? A few manufactures don’t think so. Motorola last month unveiled their new Moto X and DROID lineup with a dual-core (8 chip) X8 computing system, and now it appears Apple has something similar with their new iPhone 5S.

Instead of packing our smartphone with power hungry quad and 8-core processors that want to churn out info as fast as possible and kill your battery, we’re seeing this new breed of contextual computing processors. Motorola and Google’s new X8 computing system has a few of these with what they call their “Natural Language Processor” and “Contextual Computing Processors” sitting aside a quad-core GPU for gaming and graphics, and a dual-core Snapdragon processor for their X8 system. And now it looks like a similar approach is being taken by Apple.

The idea behind this is having efficient low-power cores inside our devices to do those small and simple tasks and not fire up the main processor(s). Without getting too technical these will measure motion data, track fitness, and even do things such as voice commands. Like Google Now and Siri. All of this taking up as little power as possible, and keeping that all-day battery life we require. We don’t know a lot of details yet about Apple’s new A7 processor in the iPhone 5S, or the “M7 motion coprocessor” that it works with, but the idea is the same. That being contextual computing. 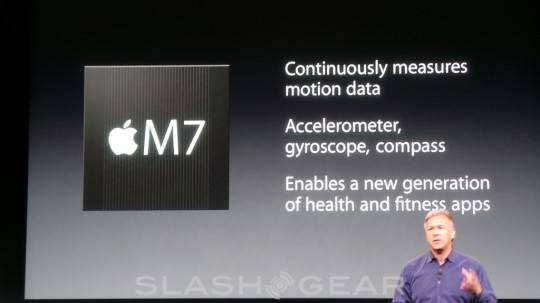 The Motorola X8 contextual processor handles tons of motion and controller sensors, the display, and touch interface just to name a few. Not to mention when the phone is in stand-by it handles all those notifications and alerts. While Apple has a similar setup here, we don’t know much yet except for what they’ve mentioned today. One thing is clear though, their new M7 handles the gyroscope, sensors, compass, and will enable a new wave of health and fitness apps. Apple wants to have their new silicon do some serious contextual computing, but this is only the beginning. 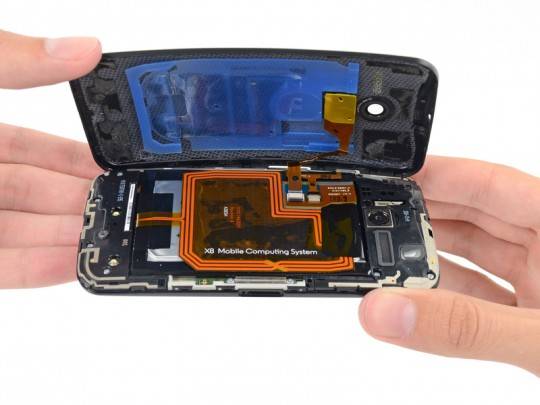 We still have a dual-core processor (technically) in the iPhone 5S, which many might dismiss against the Android quad-core competition, but there’s more to it than just the numbers. Same way that there’s much more to the Moto X than the dual-core under its hood. These are fast, efficient, and powerful devices, and the additional cores here are doing a lot of work.

One thing is clear though. These new chips will make these devices the ultimate tracking tool, which I’m sure many of you won’t like the thought of. Watch out for the NSA. Hopefully we’ll learn a lot more about Apple’s new coprocessor in the coming weeks, but it’s clear the processor number and speed race is coming to an end.