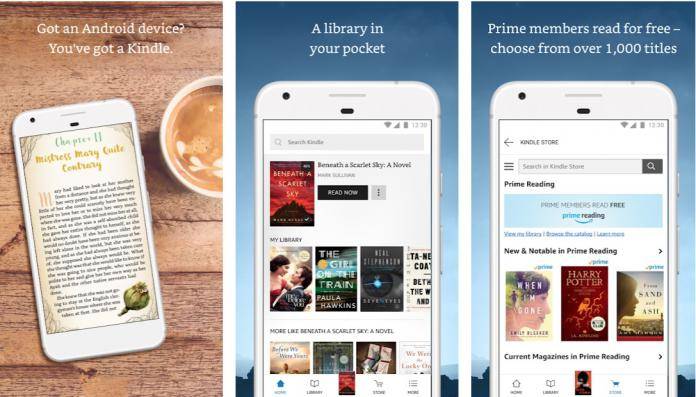 For this week’s round of app updates we’ll be focusing on Microsoft that seemed to go on an update spree with at least three of its apps including Launcher, OneDrive, and SMS Organizer. And if you’re a huge ebook reader, you’ll also be happy to know that there’s a Kindle app update that will let you read and do other stuff on the same screen.

If you’re using the Kindle app to read ebooks that you bought from Amazon on your Android device, you will now have split screen support so you can read your ebook and then post updates on Facebook or browse through your Instagram feed without having to switch or leave either app. Android 7.0 Nougat actually introduced split screen back in the day so Amazon has now finally caught up with its Kindle app. Soon, you will also have a new Notification Center so you can see all your new releases, deal alerts, reading insights, etc, in one place. They didn’t say when this will come out, but they did says soon.

The Microsoft OneDrive update isn’t that big but it is important for those who want to lock and unlock their OneDrive app in a more convenient manner. Previously, you could only use a PIN Code to secure your app but now you will also be able to use your fingerprint, which is sometimes easier and may even be more secure when unlocking the app when you need to access it quickly. The grid view for your files has also been improved so if you store a lot of photos on your app, you will be able to see it better.

The SMS Organizer app, which if you didn’t know yet helps sort all your SMS into Personal, Transactional, and Promotional categories, has several minor updates which are mostly fixes to previous updates. You get better handling of group messages for native apps and also improved user feedback experience to help the app become better. There are fixes for custom ringtones, fixes for those contact names that don’t appear in conversations, a fix for incoming SMS, and a group notification fix.

Lastly and the most exciting update is for Microsoft Launcher. The update contains…well, bug fixes and crash fixes. So yeah, not that exciting but at least some of the problems with version 4.11 have been hopefully fixed. All of these apps can be updated by going to their Google Play pages or going to your Google Play Store’s app updates section.