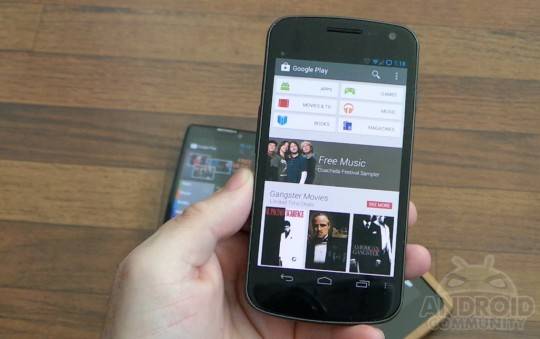 This weekend there was all sorts of app updates, but a few in particular have been updated as of last night and this morning worth mentioning. Of course, there’s far too many apps to keep track of, but a few important apps were updated and we figured a shout out was in order for things like the Facebook Beta, and our favorite Twitter app.

Today Google issued another update to the stable channel of the Chrome Browser, which doesn’t appear to offer anything other than bug fixes, but the last updated added fullscreen tablet support, translation bar and more so this could be improving those latest features.

Then of course Facebook is still busy pushing out updates to their new Facebook Beta channel. The latest beta changes arriving today are a slew of improvements and bug fixes. Like tons, but sadly there’s no new features. Check out the image below for an idea of the many improvements to Facebook. Hopefully this version hits all devices soon. 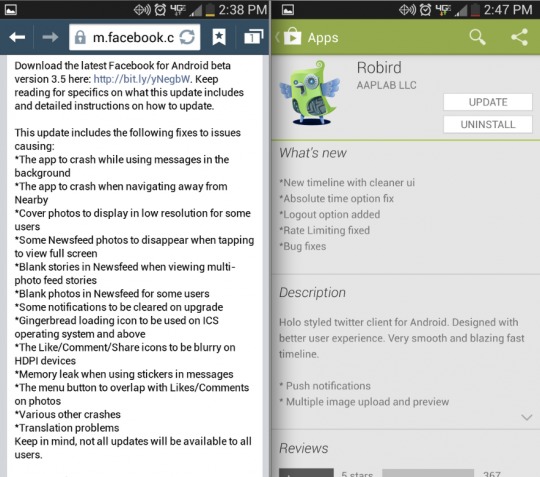 Then above you can also see the folks from Robird are sending out an update. It’s one of our favorite Twitter clients as of late, and the UI is seeing some improvements, along with absolute time fixes, and some rate limits. Then it looks like IMDb, the game Stay Alight, and a few others are all getting updated today with more goodies. Drop us a comment for anything else that’s important today in the app update world.