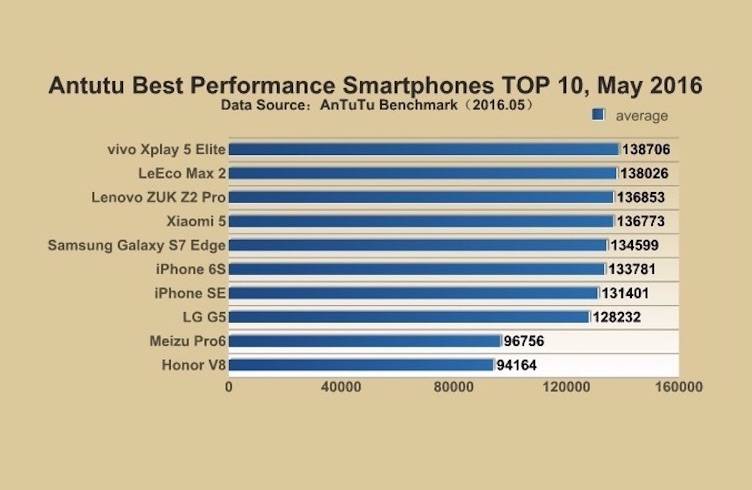 AnTuTu has always been one useful benchmarking tool in the mobile industry. Any AnTuTu sighting means a device already being prepped or is about to launch soon. When we feature phones or tablets that recently passed the benchmark, it usually means the gadget is under development or being tested. The site has reviewed numerous devices already and the numbers and rankings being shown are based on the scores of the flagship models.

Last May, AnTuTu was able to note that the Top 3 phones all bear almost the same specs: 6GB RAM, 64GB or 128GB onboard storage, and a Qualcomm snapdragon 820 processor. Based on the Antutu Benchmark version 6.0, average scores of each device model for the period of May (May 1-31, 2016) were listed. About 2,000 devices were part of the data sample.

The first three best performance ranking are the following: Vivo Xplay 5 Elite, Le Max 2 , and the ZUK Z2 Pro. Surprised to see these Chinese OEMs being on top? Not really because we know a number of Chinese manufacturers are serious with improving their products that could beat the more mainstream brands like Samsung, LG, Sony, HTC, Huawei, or Xiaomi especially in China.