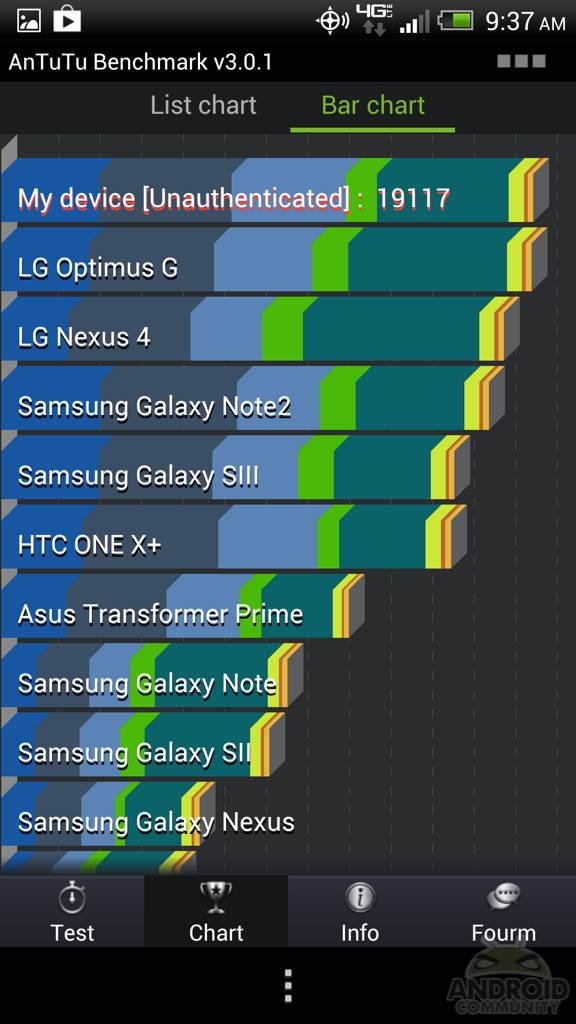 We have good news for all those overclocking fans, speed freaks, and benchmark junkies. The popular benchmarking and performance test tool for Android AnTuTu Benchmark has just received a massive update to v3.0 that brings an entire new experience. They’ve added support for tons of popular devices, improved the user interface, and added more testing options and even a compare tool.

AnTuTu 3 now offers a dedicated 2D benchmark, and a 3D benchmark based on OpenGL ES 2.0. They’ve redesigned the logo, and improved the user interface too. While it still looks mostly the same, they’ve made a few tweaks to improve the general look and feel. AnTuTu has added security features so less users can mess with results and tamper with the app, they’ve added tons of new language support and fixed some SD card issues. Here’s the full list:

The update brought support for many brand new quad-core devices like the LG Nexus 4, Optimus G, and the 5-inch DROID DNA. Although the DNA still isn’t recognized here, while the others two are. It looks like the new 2D and 3D tests are more accurate because powerhouse quad-core devices like the DROID DNA are now seeing much higher results across the board. Previously our DNA scores were around 14,000, but now it blazes to the top of the chart hitting 19,117. That’s one of the highest scores I’ve ever seen.

Benchmarks are just one small area of testing a smartphone, but users still love to see the results the latest and greatest devices achieve. It’s nice to see that AnTuTu has added their own compare tool right into the app to easily compare devices, even though the UI isn’t that great. The brand new AnTuTu v3.0 is available right now from the Google Play Store. Get ready for overclocking, and one day, watercooled smartphones.