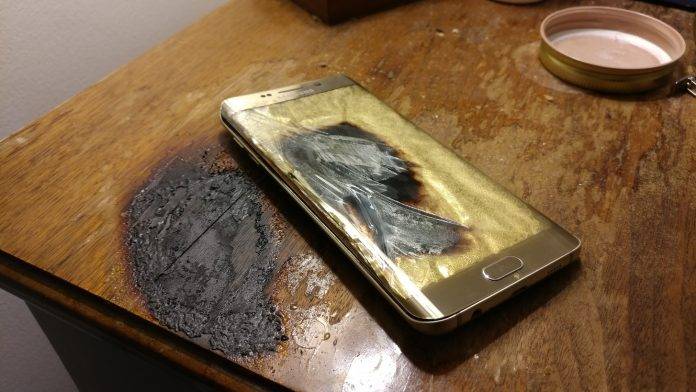 Another day, another smartphone catching fire and captured in images. As it happens, this apparently is a Samsung smartphone – a Samsung Galaxy S6 edge, to be exact – so more bad news for Samsung. If there’s something that the Korean gadget giant doesn’t need, it’s more of its phones catching fire. But sadly for Samsung, this one did.

Reddit user “ReturnThroughAether” posted pictures of his Galaxy S6 edge which is now apparently toast due to it catching fire while charging overnight. Good thing that he didn’t keep the phone on his bed while charging – the collateral damage is a burnt night stand. Samsung has offered compensation for the night stand, by the way, and a replacement for the unit. 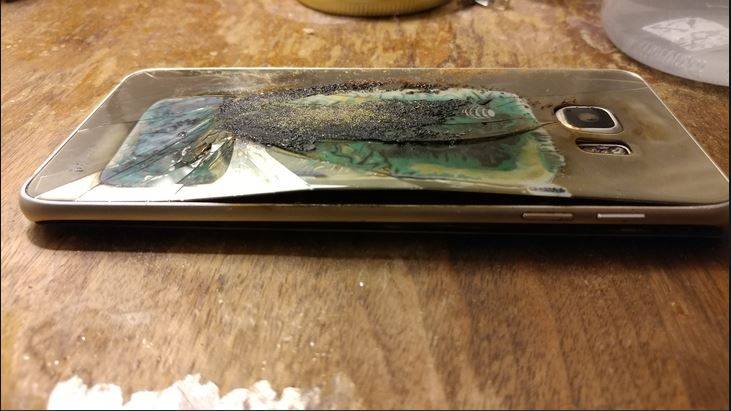 Of all the things to happen, this is one that Samsung doesn’t need right now. The objective view is that it might have been caused by any number of things – a bad cable, a bad charger, or (hopefully not) a bad battery, among other things. The Samsung Galaxy S6 edge is not known for catching fire while charging, so we really have to wait for the investigation to see what caused this. 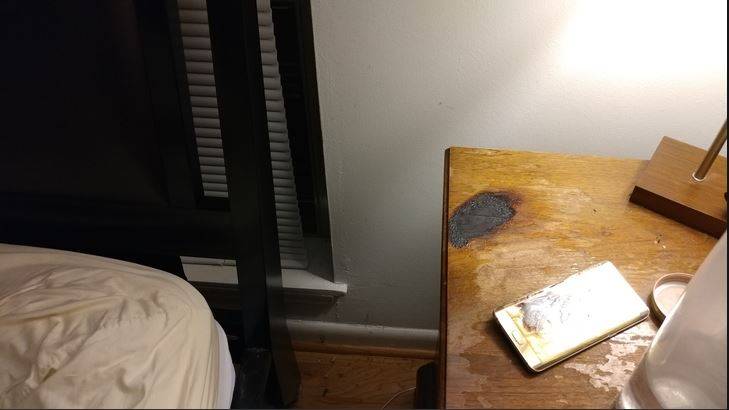 In truth, lithium ion batteries are really volatile. But the thing that makes them volatile also makes them good for what they are used – storing a lot of power in such a compact package. Should we let go of Li-ion battery technology now? If there’s a better and safer alternative, I think Samsung should really take the lead in going for it. 2016 will be remembered as the year of a lot of exploding smartphones, and most of those have Samsung logos on them.