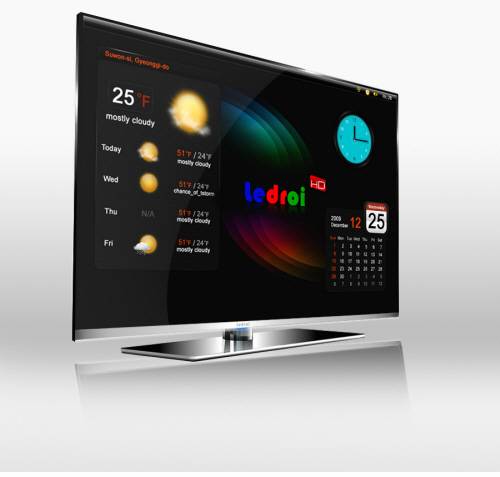 One of the best things about Android is its ability to power a variety of different things. We have seen it on  everything from kitchen appliances , watches and now there televisions. This is the second Android powered television that we have seen, Google has plans of introducing their own Android-based television.

This television will make its way to 10 different countries including in Sweden, Norway, Denmark, Finland, the Netherlands, Poland, Australia, and Dubai. Unfortunately the US is not on the list, I’m sure it will make its way here through other means. This TV is designed by NCPG in Korea. This TV has an ARM processor running at 833MHz Cortex 8A, USB, HDMI, S-Video port, D-Sub, DVI, and Component. It’s also has a backlit LED, 120HZ and will feature Android 1.5. If you remember, the last television has 1.6 so the television market is fragmented as well(pun). This TV supports ATSC / DVB-T / DVB-C / DVB-T HD Analog and will come in 42”, 55”and 47”.