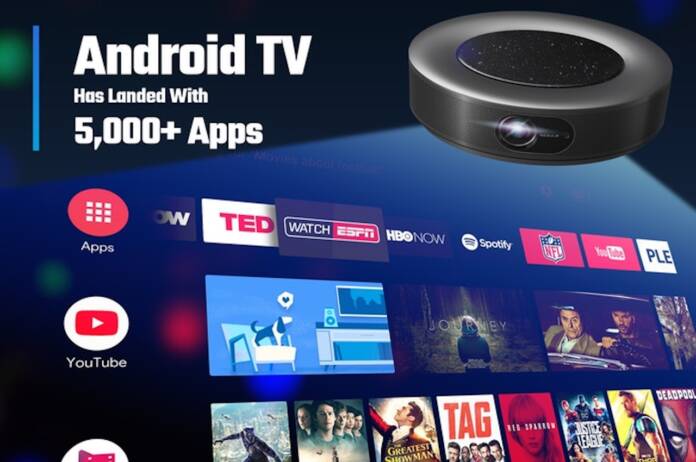 They’ve already reached their crowdfunding goal for the upcoming projectors and now Anker has announced that they will be running on Android TV. The Nebula Cosmos and Cosmos Max have already reached their stretch goal of $1.5 million and they are now preparing for production and shipping, with their new target date announced as well. Understandably, the date has been pushed back to July 2020 but this additional time enabled them to add Android TV, for the good of everyone.

While Android TV has been used by other Nebula projectors, the Cosmos line originally was supposed to run on AOSP based on an Android 9 build. But now that they have decided to go with Android TV, it will be much easier for users to access apps since the Google Play Store will give you access to a lot of the apps that have already been TV-optimized and would look perfect on your projector wall.

With Android TV, you will be able to download more than 5,000 apps from the Google Play Store, and if you have the Cosmos Max, you will be able to enjoy them “in sensational 4K”. You can also use Google Assistant so you can control the projectors though voice commands. You can also stream content from your Android smartphone (or iOS device) with Chromecast built-in support.

As with a lot of things, the production and release of these Anker projectors have been delayed because of the COVID-19 pandemic. They will now start shipping by July of this year and hopefully there will be no more delays.