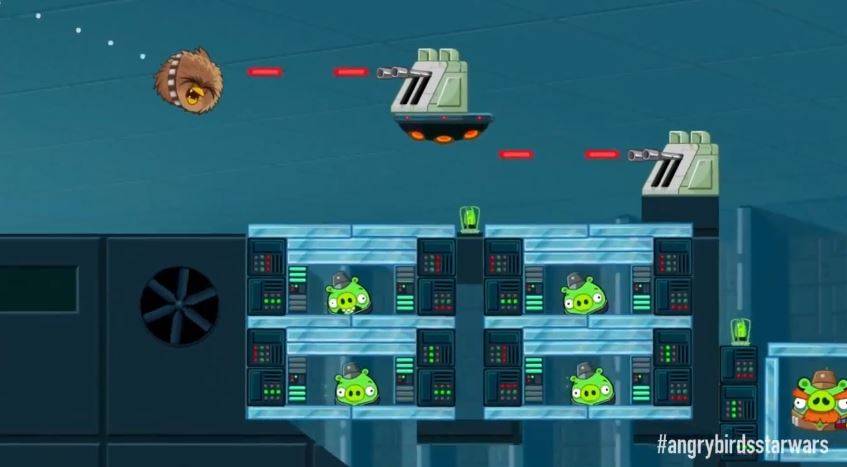 Rovio is all set to launch Angry Birds Star Wars later this week (November 8 to be specific), but before it does, it has one last trailer to push out the door. Last week we given a brief look at the title’s gameplay, and today we’re getting a longer one. That’s right – if you’ve ever wanted to see what Chewbacca looks like in Angry Birds form, now’s your chance.

For instance, the Luke Skywalker bird can use his lightsaber to do extra damage to structures and deflect blaster bolts, while Han Solo bird can use his blaster to snipe the pigs as he closes in for the hit. There’s also an Obi-Wan Kenobi bird that can use force powers, along with a Chewbacca bird that has a little extra heft to throw around. Finally, the trailer wraps-up by showing us the Millennium Falcon as it wreaks havoc on the pigs’ carefully planned structures.

All in all, it should be a pretty fun ride, provided you like both Angry Birds and Star Wars. Just a few more days to wait until it arrives, and then after launch we can see how Angry Birds Star Wars fares in comparison to the rest of the Angry Birds games. We’re going to go out on a limb and say that it becomes the most popular Angry Birds game yet. Thoughts?