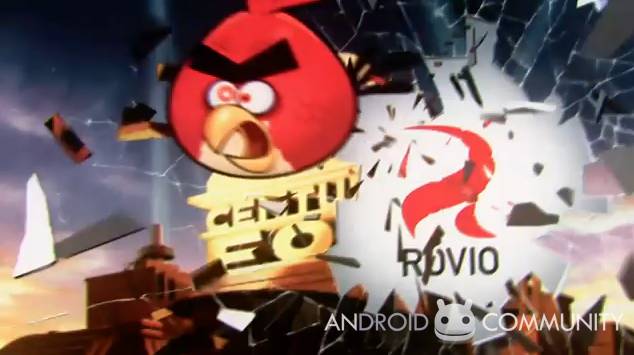 So GET THIS – the next version of Angry Birds is still most likely going to be the Valentines Edition since that day lies behind the projected release of this one, but this one seems a bit more exciting: Angry Birds RIO. Do you know what RIO is? It’s an animated movie along the lines of ICE AGE. Does this mean there will be some Angry Birds in the movie? Let’s ask Peter Vesterbacka, aka Mighty Eagle at Rovio.

Speaking with Dan Takahashi of Venture Beat, Vesterbacka said this week: “We are like birds of a feather. This gets us massive global visibility, as if we had made our own movie.” How silly of him to say such a thing. Birds of a feather – ha! What a cad.

He continued: “We think of how Mario has been around as a game character for more than 25 years and feel like we are just getting started,” noting that in addition to Angry Birds being posted on basically every single poster being put out for the movie, the character “RIO” from the film will be in the game as well. In the game, the Angry Birds themselves (instead of their eggs) are kidnapped and taken to RIO where they’ve got to escape and find their friends Blue and Jewel, two more characters from the movie.

This game will have 45 brand new levels, and will be released (of course) on both tablets and smartphones. Watch both VentureBeat’s interview with the big Eagle himself and an official Angry Birds RIO trailer as well!