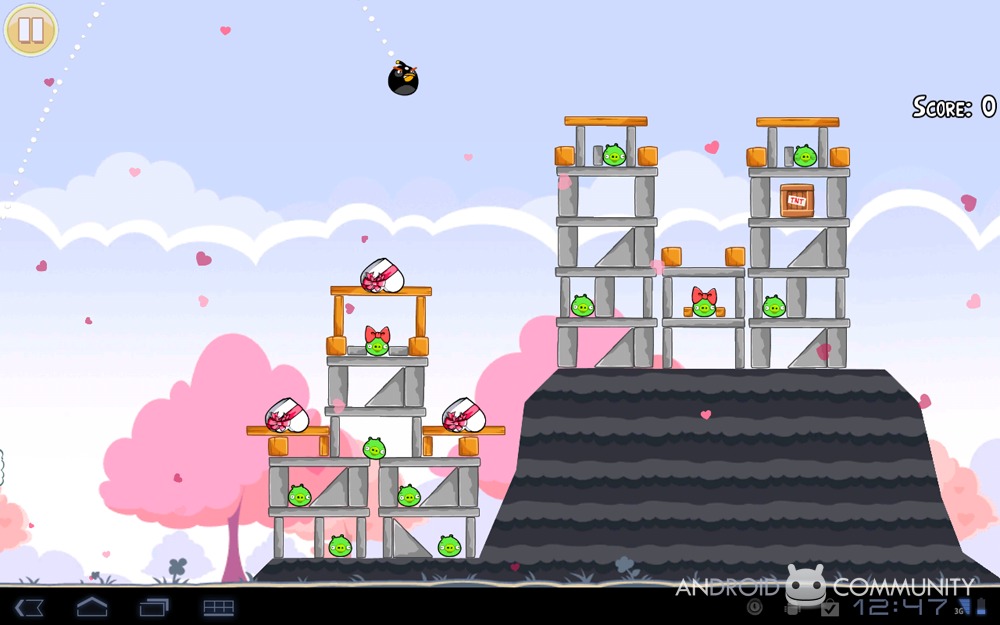 Whilst poking around in all the apps we’ve ever written on our brand new Motorola XOOM tablet running Android 3.0 Honeycomb, we’ve discovered a couple of tiny glitches in an otherwise flawless looking Angry Birds suite. As the graphics are vectorized, everything in all of the Angry Birds games scales up perfectly nicely. One of the items that does not currently work in Angry Birds in Honeycomb on the XOOM tablet is the ads – they don’t show up. We’re not complaining!

As the points indicator in the upper right of the screen lowers itself to display a tiny banner, you’ll notice that there’s something missing. What we’re pretty sure is happening here is that the Angry Birds Android app is made to be big enough to display the current sized banner ads, and because those are still so very small to work on the 4-inches and smaller screens of smartphones, they just don’t show up here correctly. 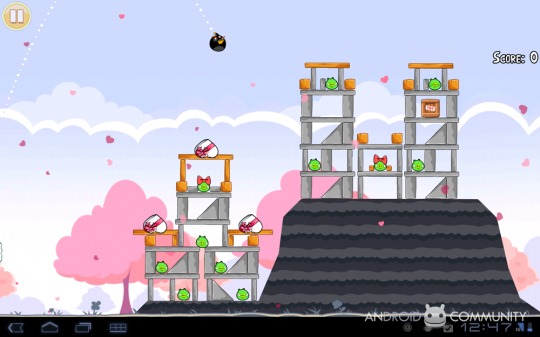 On the other had, we have seen mobile ads popping up in their normal teeny-tiny state in some apps, so it doesn’t appear to be an issue on Google’s side of things. It’ll be interesting to see if AdSense and AdMob will add larger banner sizes now with this bigger real-estate. 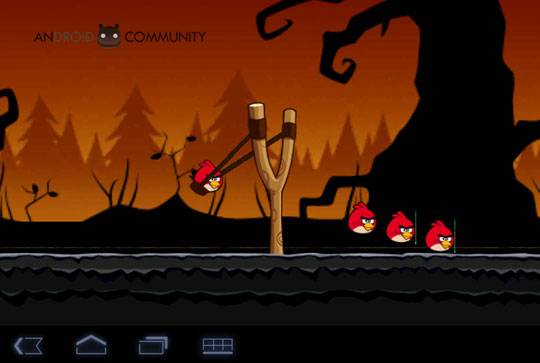 The second and final glitch in the Angry Birds world here in Honeycomb on the Motorola XOOM tablet is the red birds in the Halloween levels in Angry Birds Seasons. It appears that this is the perfect combination for badness, as such an oddity doesn’t appear to show up elsewhere, but there it is: white lines. You’ll be able to see these straight up-and-down lines aside the red birds showing their actual sprite size clearly. Certainly this is just a tiny oversight and will be cleared up quickly.

Everything else looks great!