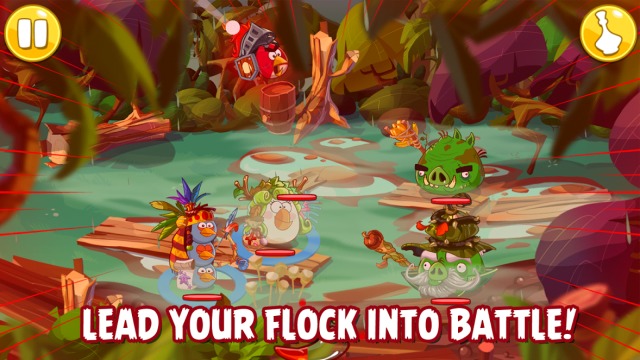 When Rovio teased a new Angry Birds game, the speculation was rampant. Was it 3D? Medieval themed? It turns out the new Angry birds will be a turn-based RPG, and looks as though it definitely takes place in an earlier time. The move to a game of this scope could bring in a new era of monetization for Rovio, too.

The game, which launches in Canada, Australia and New Zealand initially, will not be the normal launch-a-bird-into-pigs variety. It’s said to be well-heeled in creation of things like armor and potions, so you’ll have the chance to make in-app purchases at a faster clip. It seems a lot like Clash of Clans, except with birds instead of dragons.

This is a radical departure for Angry Birds, with Rovio opting to theme the same game anew with each iteration thus far. We had Star Wars, Rio, and even Bad Piggies — a spinoff. We like both Angry Birds and RPG games, but is the world ready for a marriage of the two? Are you?

We’re excited to check it out, that’s for sure. A new Angry Birds game didn’t excite us much, but a new genre altogether might. If Rovio can succesfully rake the in-app purchase beast, they may have something worth checking out. The game is expected in the aforementioned locations soon, with a wider release later this year. No hard timeline has been offered from Rovio for either launch.