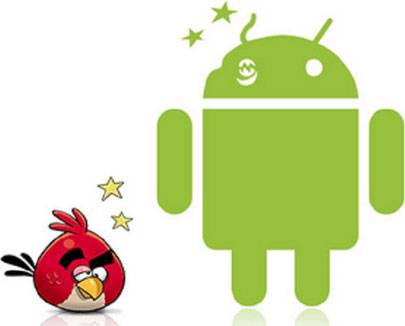 If you own an iPhone or Android device, then you definitely know what Angry Birds is. For Android, the game has been made available free with ad support which may not be a favorite of users but it’s all part of the strategy. Peter Vesterbacka, creator and developer of Angry Birds, has sat down and talked about Android and it’s strategy for the OS.

First off, we learn that the game has been played a whopping 200 million minutes a day globally, that is favorably compared to primetime TV viewing hours. He goes on to mention that Apple will be the number one platform for a long time, partly because of its early market share and how they have “gotten so many things right.” However, he also comments on Android and its fragmentation:

Later in the interview, he is asked why to company chose GetJar over the Android Market and if they are happy they did. His response follows:

“We didn’t really pick one over the other, but we liked the attitude of the GetJar team, they really worked with us to make the launch a success and a big deal. Not just another game to them. We have been very happy with our results on Android and the fact that we decided to have a multiple storefront strategy. And most of all that we decided to go with a free, ad supported model. 15M+ downloads is a good start too.”

“Free is the way to go with Android. Nobody has been successful selling content on Android. We will offer a way to remove the ads by paying for the app, but we don’t expect that to be a huge revenue stream.”

So it’s good to know the company still has plans for the Android OS, even though it may not be their number one focus. If you would like to read to entire interview with bits about Apple, Nokia and Palm/HP head over to Tech N’ Marketing.