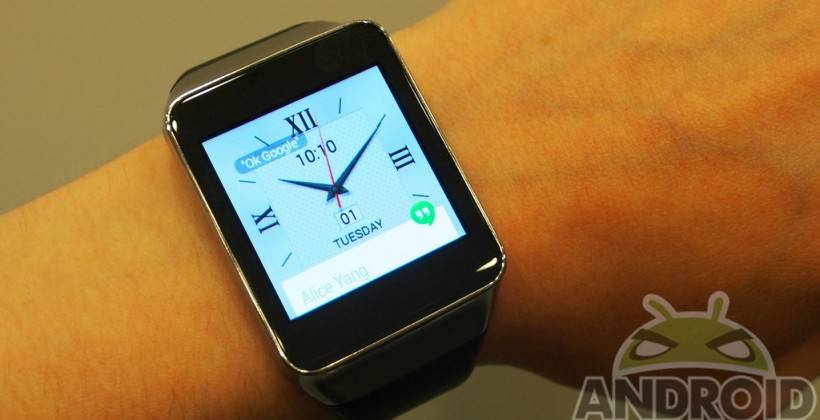 The official Android Wear companion app arrived in the Play Store last evening. And along with the official app — we also saw quite a few other apps release updates adding Android Wear support. And in a continuation of the Android Wear news there is now word about an update. Specifically, Android Wear is in the process of getting the first over-the-air update.

This update will be available for the Samsung Galaxy Live and the LG G Watch. Basically, this means those lucky enough to have been at Google I/O should be prepared to update their wearable. And otherwise, those who have already placed an order, or are considering doing that — it looks like an update will be waiting for you after the initial unboxing.

The update is on the smaller side, and so far Google has yet to publish any sort of changelog detailing the update. Having said that, there also doesn’t appear to be any immediately noticeable changes. Most likely this is a bug fixing update. Anyway, the update will keep your wearable with Android 4.4W and bump the build number to KMV78V.

Those I/O attendees currently wearing an Android Wear watch will be able to grab the update now should they want. You’ll need to tap to open the menu, and then navigate to Settings -> About -> System updates to get the process started. Otherwise, those still on the fence should keep an eye on the Android Wear tag here on Android Community to keep up as news flows.