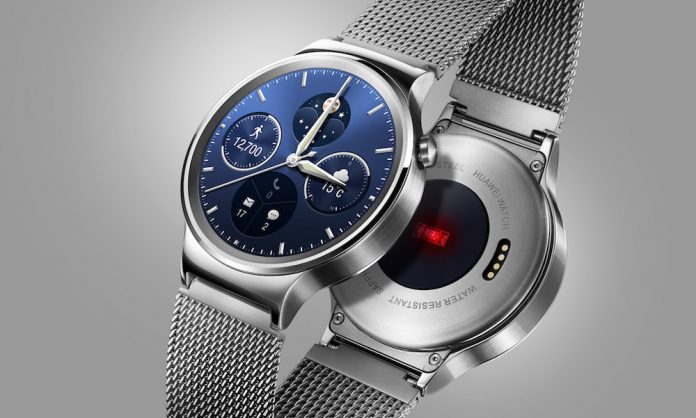 When Google announced the list of smartwatches that will be receiving the Android Wear 2.0 update, a lot of people (well, mostly the owners of said smartwatches) got pretty excited. What we forgot to ask is when they will actually roll out. But as with a lot of major updates, you probably shouldn’t hold your breath because an announcement is just the first part and the waiting is the longer part. At least Huawei Watch owners now have a sort of specific time frame and that’s the end of March.

Huawei’s German Twitter account actually tweeted about it, or rather, responded to an inquiry about it last March 9. When someone asked as to a specific date when the update will roll out, they said that it will be released by the end of March. We’re assuming that it will probably be the last week of this month so we still have to wait a couple more weeks before we receive any definite news or announcement from the OEM. 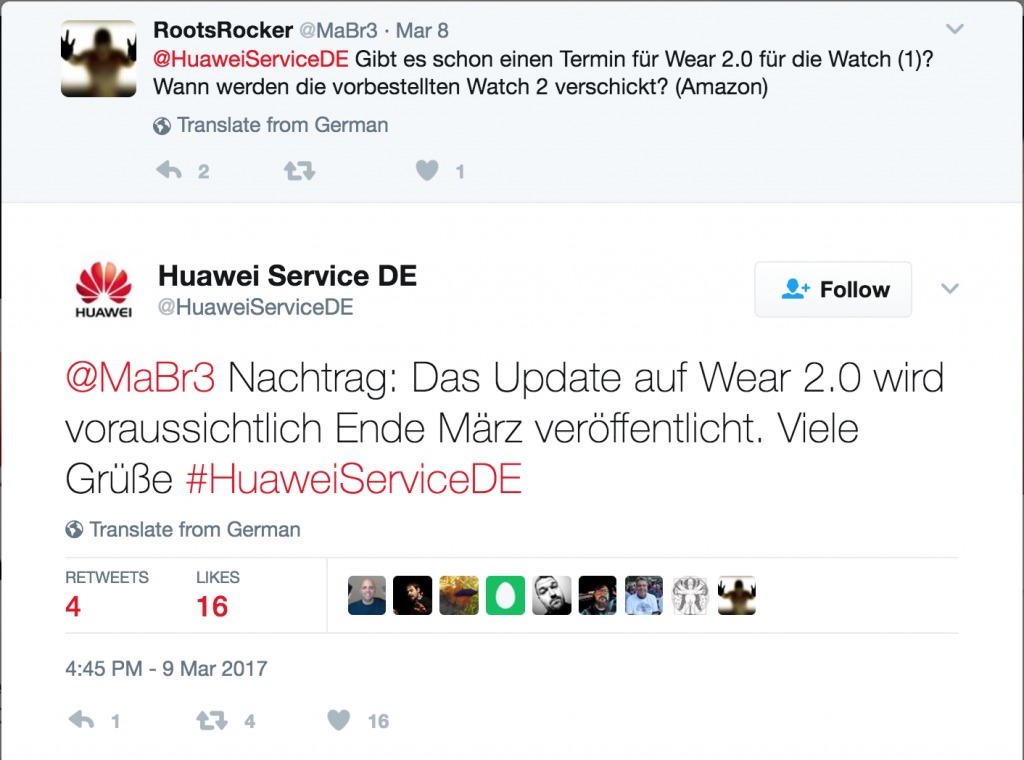 Smartwatch users are pretty excited about Android Wear 2.0 since it’s the first significant update to the platform that we have received so far. You can expect new things like Google Assistant, the ability to install apps directly on the smartwatch through Google Play access, and for those wearables that have NFC, you will get Android Pay. The UI is also supposedly easier on the eyes and fingers and you also get customizable watch faces.

For those who are still looking for a smartwatch, the Huawei Watch 2, which was announced at the Mobile World Congress last month, will have the Android Wear 2.0 out of the box. The bad news is that it’s not yet officially out in the market, so you’ll have to wait too.