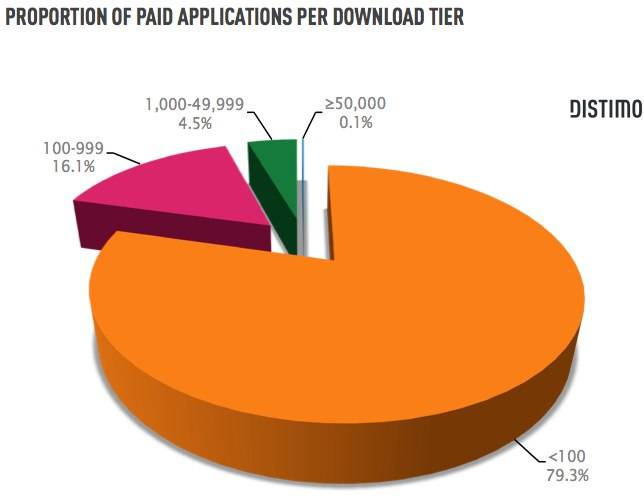 New stats seemingly confirm anecdotal evidence that Android users are less likely to download paid applications than their Apple-using counterparts. According to researchers Distimo, 80-percent of paid applications in the Android Market have been downloaded less than 100 times.

In the competitive gaming segment, only five titles in the Android Market have been downloaded more than 250,000 worldwide. In contrast, ten iPhone games in the App Store were downloaded in excess of 250,000 times in the US in the past two months alone. It’s a trend that’s seemingly shared across app segments, too:

“It is more challenging for developers in the Google Android Market than in the Apple App Store to monetize using a one-off fee monetization model. We found that only two paid applications have been downloaded more than half a million times in the Google Android Market worldwide to date, while six paid applications in the Apple App Store for iPhone generate the same number of downloads within a two month timeframe in the United States alone.” Distimo

Distimo suggests that Google’s slow rate of change of the top ten charts – which incorporates long-term performance and as such varies at a slower pace than Apple’s charts – is a significant cause of the download scarcity. That means there’s less fresh meat for users to see and be tempted by. 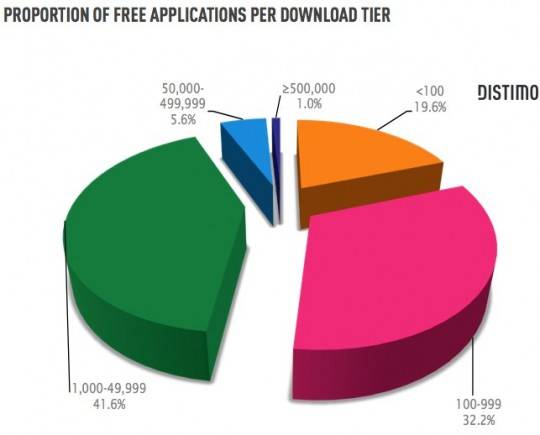