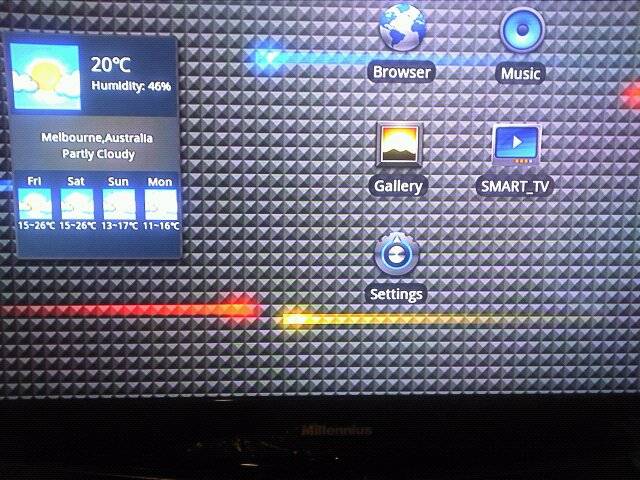 Behold! This is what appears very much to be Android TV. Ever heard of it before? Neither has the rest of the world. The folks over at Millenius Pty Ltd in Melbourne have just snapped up a couple of pics of Android TV, a device that supposedly runs Android 2.2, full HD 1080P Video Decoder, HDMI, Support for Flash 10.1, Bluetooth, Wi-Fi, 1GHz Cortex A8 CPU, Android Market, and has a total of 3 (or is it 2?) USB 2.0 ports.

These pics have been leaked and shot out all over the internet via Millenius’ twitter, and they could VERY easily have been faked, but heck, it’s fun to dream yes? What sense would it make for Google to release a TV and Android to release a TV at the same time? Any? This device is said to be coming out sometime during 2011. That remote looks awfully Apple-ish.