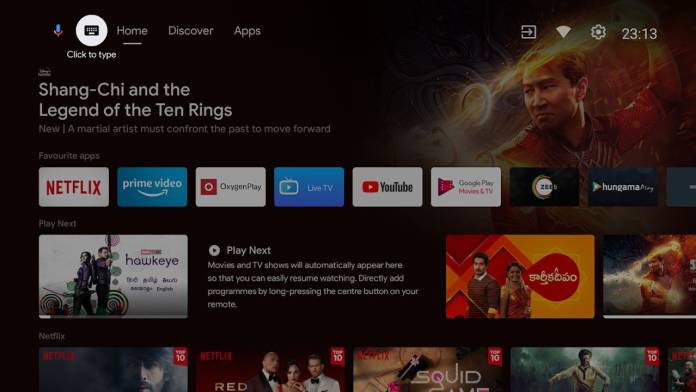 Earlier this year, Google brought an updated Android TV interface that is similar to the Google TV UI. Now they’re bringing this Discover-focused homescreen to more devices and in more territories. It is still not Google TV levels of course but it is an improvement to the platform and is focused on giving users more shows or movies to discover and expand their viewing habits. Users in India, Brazil, and Europe are seeing this new interface roll out to their screens.

XDA Developers shares that Google is rolling out this new discovery-focused user interface to more TV sets that are running on the Android TV platform. This seems to be the same update that Google rolled out last July, a minor improvement on the major update that they introduced last February. Previously, it was mostly available in North America only but now more regions are seeing this improved look for the platform that looks more like the ones that Google TV users are seeing on their screens.

On the homescreen, you’ll see three major sections: Home, Discover, and Apps. But what it really highlights are all of the discovery features of the platform. The idea is that it should give you suggestions based on what’s new on the streaming services you’ve installed on your Android TV as well as those that the algorithm thinks you will like. You’ll also see a Favourite Apps carousel where you can add the apps that you use a lot and can be accessed easily.

The changes are supposedly rolling out with the latest Android TV Home app update and has been spotted on some devices like the OnePlus TV, Xiaomi Mi Box, and even some TCL sets. Most of these reports are coming from India but there are also some users in Brazil and even in Europe that are getting the update so it doesn’t seem to be region-specific. There’s the possibility of course that Google has enabled the new UI for all of the regions but there’s no official announcement.

Google TV is of course being touted as the future of Android when it comes to big screens. But it doesn’t look like Android TV is going anywhere anytime soon, at least for devices that are still running on this older platform.