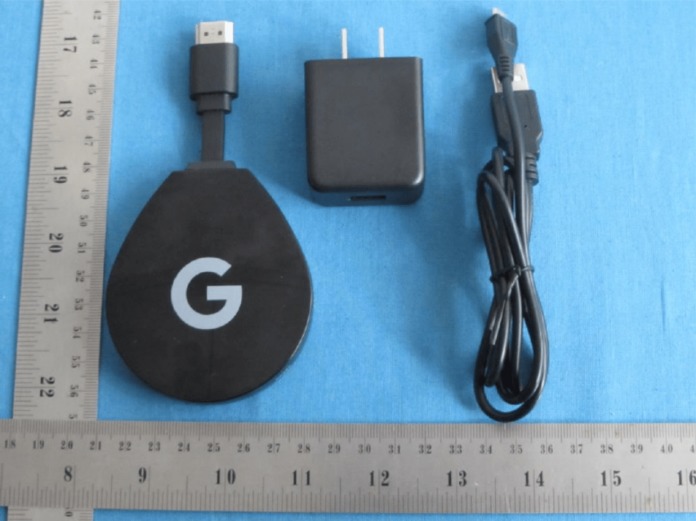 Some people watch out for the latest news on gadgets and technology, while some watch the US Federal Communications Commission (FCC) website to see what devices may hit the market soon. If you’re the latter, then you’ve probably seen this new one from Shenzhen SEI Robotics Inc that bears a distinctive Google “G” logo. It is labeled as a “4K ATV Stick” and is actually an HDMI dongle running the Android TV platform and it also comes with a Google Assistant enabled voice remote.

The dongle actually looks like the earlier Chromecast ones and has a HDMI (2.0A) output and a 5V/2A power input. It is powered by an Amilogic S905X processor and has 2GB of RAM and 8GB of eMMC internal storage. It also has dual-band Wi-Fi 802.11 a/b/g/n/ac and Bluetooth 4.1. You also get a Google Assistant enabled voice remote control that has a power button, a hamburger menu, and a volume and channel control. You, of course, have a Google Assistant button to trigger the digital assistant and a Home button below. 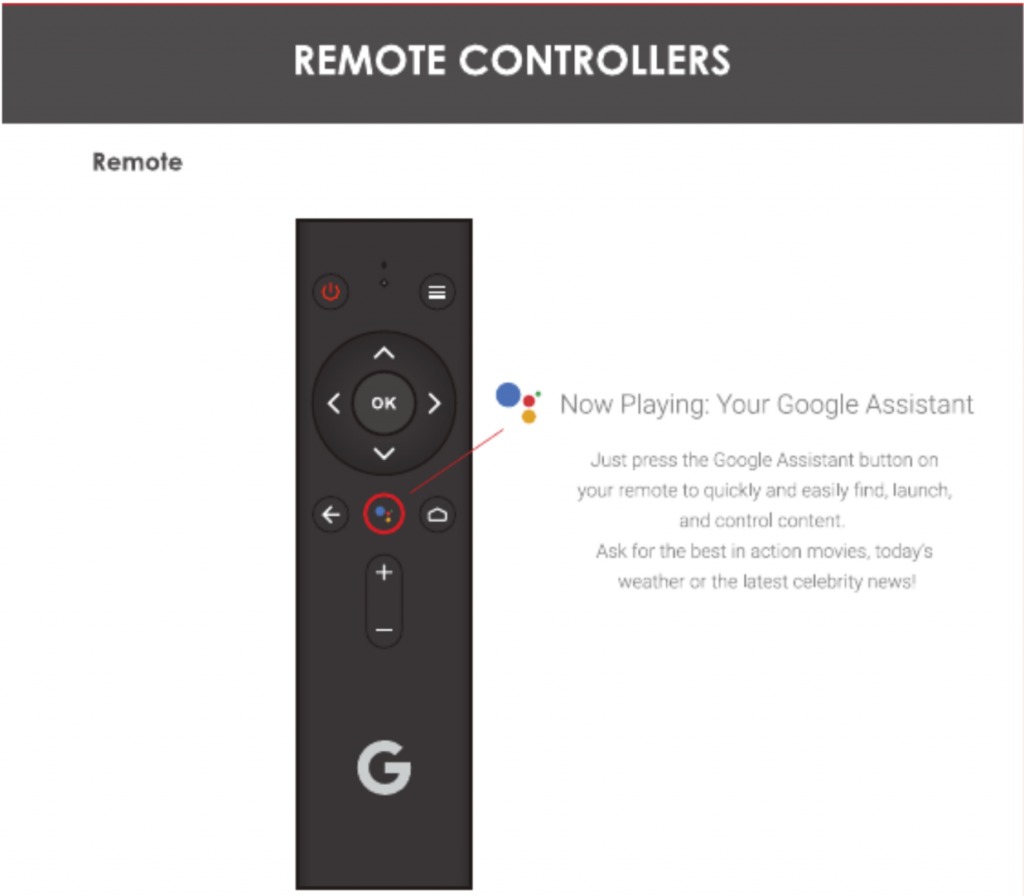 When you read through the manual, you’ll see the Android TV setup and setting the dongle up seems to be pretty straightforward. What is interesting is that the Android TV home screenshot there shows the Oreo version of Android TV launched during the Google I/O last year. It’s most likely that this device will be introduced at the upcoming conference this year, which will happen in a few weeks time. 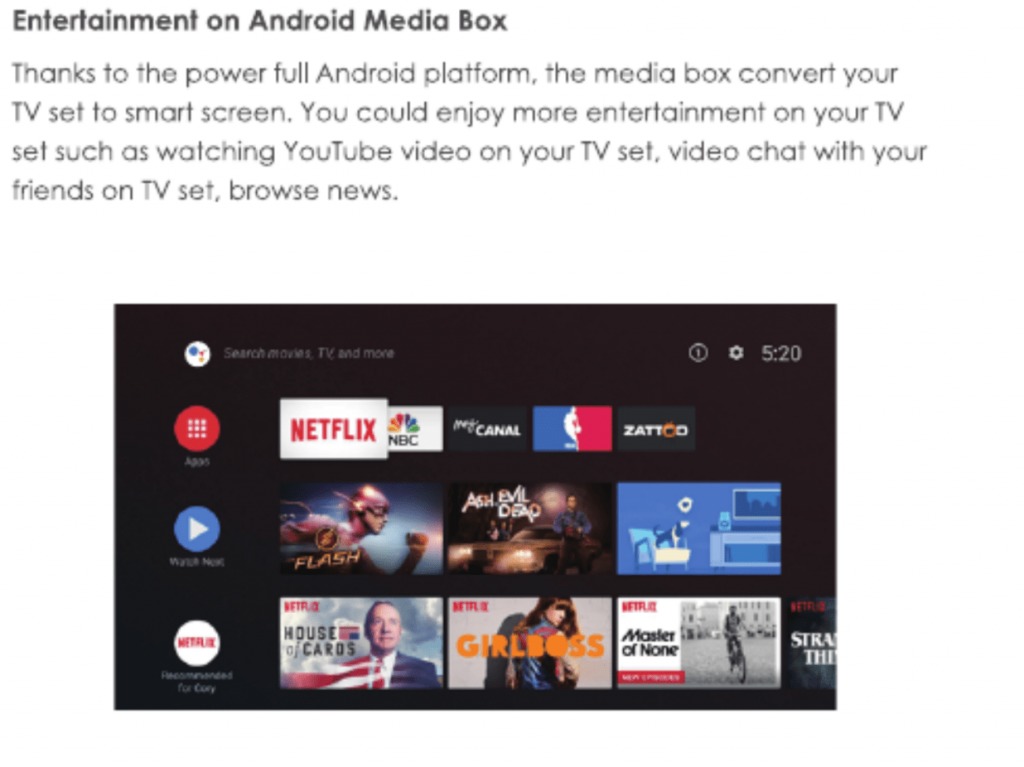 Even though the device was submitted by another company, the G logo seems to indicate this is a Google product. It might be a developer focused device like the ADT-1 developer box but it can also be replacement reference device for the Nexus Player which will not be updated anymore.