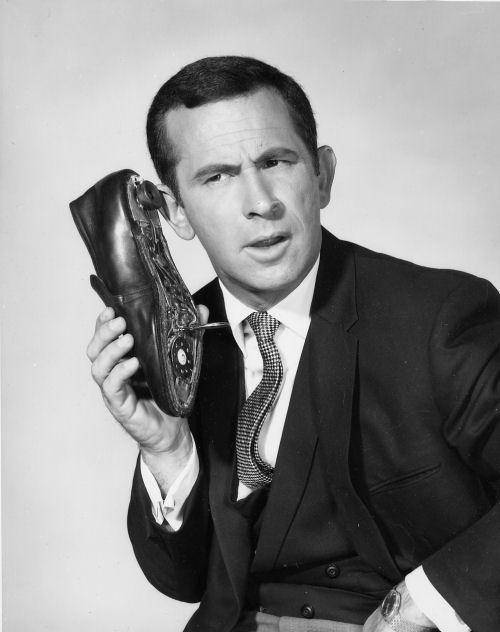 Fresh on the heals of controversy that Apple’s iPhone 4 OS collects location data on users, a recent report shows that Google’s Android system performs the same spying functions. Security experts have found that the Android OS collects location based data every few seconds and transmits it to Google several times an hour. In addition to a user’s location, the Android OS also catalogs a user’s name, signal strength of nearby hotspots, and the phone’s unique identifier. The idea is to triangulate a user’s location in proximity to local WiFi networks in order to push location based advertising.

Last year, Google got into trouble for collecting data on WiFi hotspots using their fleet of StreetView cars who main advertised purpose was to photograph streets for their Google Maps application. Privacy advocates were up in arms over Google’s war-driving after it was determined that in addition to wireless networks, Google was also collecting personal information like e-mail addresses and passwords. But according to researchers looking into Google’s location spying, no personal information is being transmitted other than the user location and phone identifier. And Google according to the Wall Street Journal, many Apps that users enjoy do the same thing. 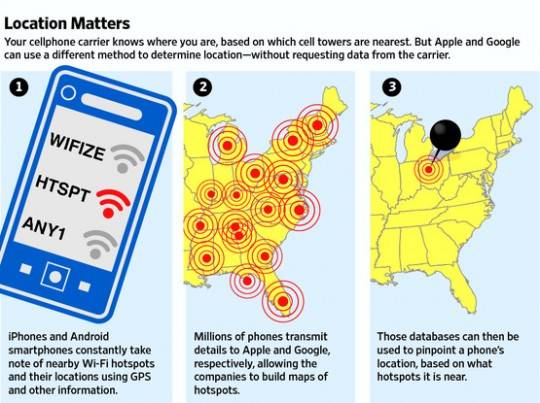 And the whole idea behind knowing a user’s location is to mine the lucrative market of location based advertising which the Wall Street Journal states that users want. Location based advertising shows users useful information like local business look-up, social networking, and even pinpointing coupon distribution and sales. The triangulation via WiFi networks is what makes it possible, and it’s uncannily accurate.

But this is causing privacy advocates concern because it can be used by government to keep tabs on someone without a warrant or knowledge of the user. And not only government entitles. A savvy hacker can glean the information as well simply by jailbreaking an unsuspecting users phone and using the data to plot someone’s movement, making stalking a very real possibility.

The issue is attracting the attention of Congress, where S. Reps. Edward Markey (D-Mass.) and Joe Barton (R-Texas) are demanding answers about why location based information is stored and what it is being used for. Investigations are also being done elsewhere as Federal prosecutors in New Jersey are looking to see if information is being illegally obtained, while the Office of the Privacy Commissioner in Canada has expressed concern about cellphones being used to collect user data. And it may be that users will be unable to opt-out, so there’s just cause. Currently, it’s unclear if either OS gives the user the ability to say no to location based data collection. And with the growing and competitive field of location based advertising driving it, it isn’t likely to get easier anytime soon.