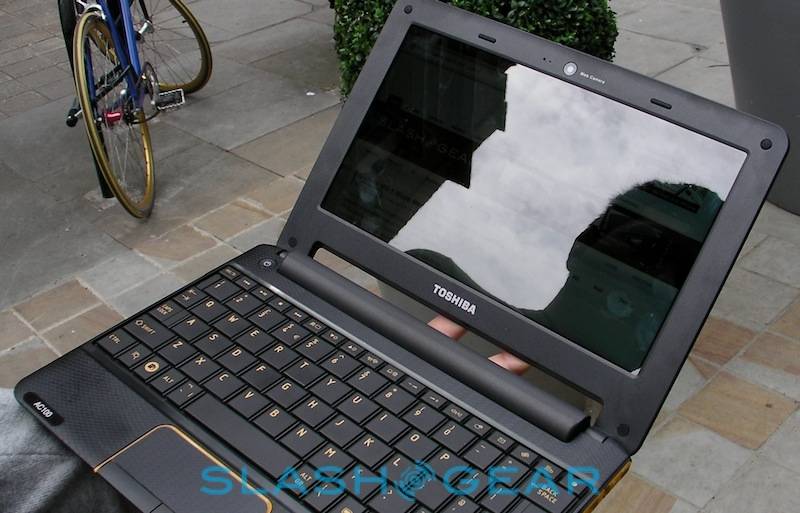 In addition to the regular Android apps, Toshiba has loaded their own custom launcher, Opera Mini, Fring and Documents To Go, among others.  Battery life is rated at up to 8hrs runtime – that’s with normal use, not leaving the AC100 whirring away to itself on a shelf somewhere – or a full week of standby.

Connectivity includes WiFi b/g/n and Bluetooth 2.1+EDR as standard, as well as USB 2.0 and an SD card reader, while 3G/WWAN is optional.  No word on pricing at this stage, but the Toshiba will debut in August 2010.  For more on the AC100, check out our first impressions over at SlashGear.