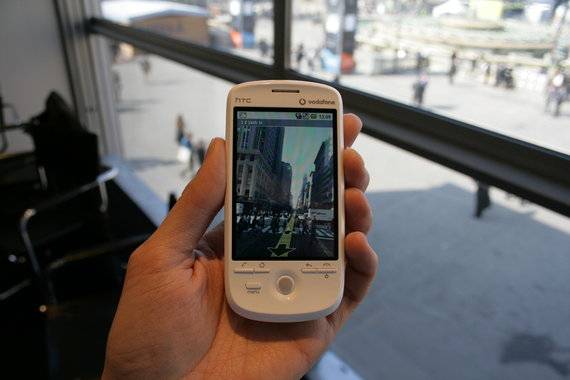 Industry watchers predict the lead iPhone has over the competition may be short lived. Informa Telecoms & Media have predicted in a new report that Android smartphone sales will outstrip iPhones by 2012.

Overseas last month, Telefonica Europe said that sales of the iPhone topped 1 million in the U.K. Although T-Mobile UK, the exclusive carrier of the first Android device, the G1, would not say exactly how many of the devices had been sold, it did say the handset now accounts for 20% of its contract sales. London-based Informa believes Symbian’s switch to open source will help the Symbian Foundation maintain its leadership over Android, Linux, and Microsoft over the next few years.

Notwithstanding, according to Informa, both Android and OS X are eating into the market share of the best-selling smartphone OS maker, Symbian. Last year, just under half of smartphones sold were based on Symbian, a drop of 16% points from the year before when it had 65% market share. BlackBerry OS, Linux, and Windows Mobile are also gaining popularity and eating some of Symbian’s share. Overall, Informa suggests smartphone sales will be immune to the global economic downturn, maintaining a prediction of “robust growth” of 35.3% year over year. The direction of phone technology will be very interesting to watch. I am at a loss to think what form a phone will take by 2010, let alone 2012! Who will you put your money on?