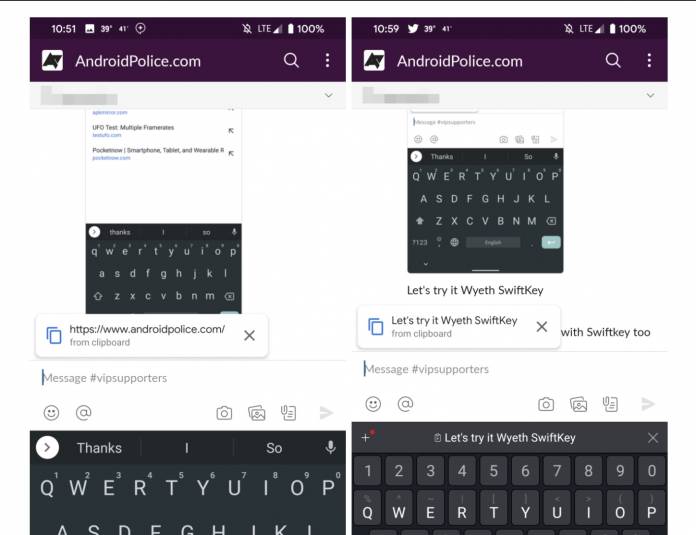 Copy-pasting between apps or even within an app is such a common activity that we do on our mobile devices that you would think there should be a smarter way to do it that does not require third-party apps or extra plug-ins. Well Android 10 may finally bring a system-wide pasting option that seems to be starting with the Pixel 4. We emphasize the word “starting” since it’s apparently just in the early stages since it’s been called “fickle and inconsistent”. But at least you know it’s there. Well, when it shows up that is.

According to Android Police, users have been noticing that sometimes, a suggestion to paste what you copied to your clipboard pops up when you tap a text box. Currently, with most devices, you have to long-press on the box and then tap on paste, which can sometimes be annoying and inconvenient. The new pop-up suggestion doesn’t seem to rely on Gboard (if that’s your default keyboard) but also works on third-party virtual keyboard apps.

The pop-up seems to be working for links and regular text. However. It doesn’t seem to be consistent in showing up when you need it to and so it might still be in the early stages of testing. It seems to be triggered when copying from one app to another and you tap a text field. It might also show up when switching between messaging conversations, particularly in WhatsApp. However, when pasting inside a Chrome website, it doesn’t show up as much and it won’t pop up a second time if you don’t use it when it does show up the first time.

The pop-up suggestions are showing up on the Pixel 4 and Pixel 4 XL so far but not on any of the other Pixel devices. So this is a feature that’s probably still being tested in the current flagship devices that are running on Android 10. That doesn’t mean it won’t show up for the older versions or even for those running on Android Pie.

For now, you’ll have to wait if you’ll see the feature on your device. If you do a lot of copy-pasting for work or for personal reasons, you better hope a better version of this pop-up suggestion will show up eventually.