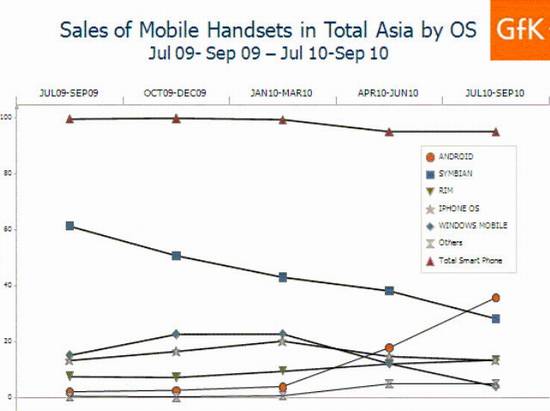 Just a month after the Android domination in the US, Android has now taken the top spot from Symbian in Asia. According to the market research company GfK, Android based handsets have just passed Symbian as a result of a steep incline.

Symbian use has been on decline in China and Japan while Android has seen a steep growth within these markets ultimately making it surpass Symbian in all of Asia, for the first time. The market over in Asia is quite different than in the US. In Asia, Android is competing mainly with Symbian and iOS, where in the US it’s competing with iOS and Blackberry.