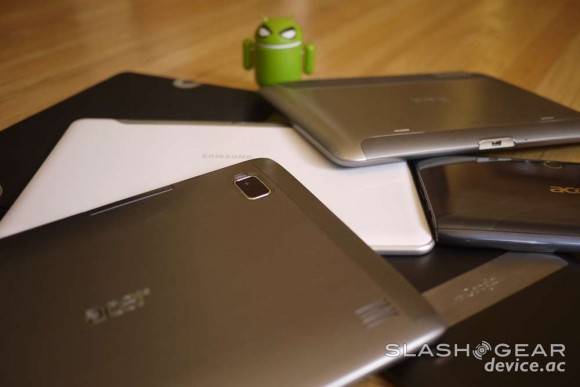 Android supporters have reason to rejoice for the moment as tablets running our favorite mobile platform overtake Apple’s iPads in Q3 2013 revenue. However, things might take a turn in favor of Apple when its new iPad models start flowing out.

This might be nothing new to those who have been closely following market trends. It does seem like a never ending seasonal ping pong match between the top two mobile OS players in the industry, with one side gaining the upper hand at one point, only to be defeated by the other in a different quarter. For now, Android has the upper hand, registering 46.2 percent of revenue shares in the third quarter of this year. However, Apple is not that far behind with 45.6 percent.

On one hand, it makes a bit of sense considering the myriad of Android tablets in the market covering a wide range of sizes and prices. Apple, on the other hand, only has one iPad brand. Morgan Stanley financial experts believe that this winning trend for Android might take a downturn soon, as it always does when new Apple devices are launched. The combined forces of the new iPad Air and iPad Mini are expected to offset the balance with millions of units.

Apple is also expected to take some bigger steps in marketing its devices in an attempt to boost its sales. That said, given the seasonal and rather predictable market trends, it will only take a short time before Android rises to the top again, if the new iPads ever do manage to topple it at all.