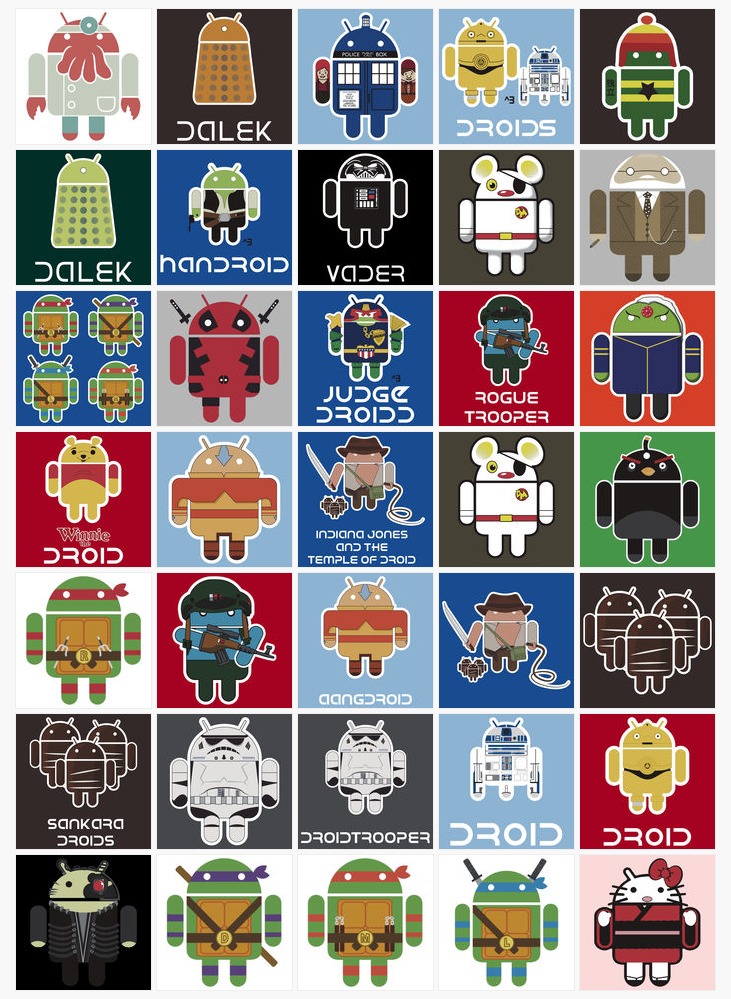 T-shirt makers who are Android obsessed are bound to incorporate their love for the Bot into all their other obsessions. And the geekier the better. That’s why these Android T-shirts are so cool, they incorporate so many pop culture references that their almost an inside joke for those cool enough to appreciate. And they cross generations as well as geography, too, which makes them even cooler.

The shirts are designed by a company called DroidArmy and they’ve got over 20 different designs. From British imports like Doctor Who, to everyone’s favorite obsession known as Star Wars (my personal fav is “Handroid,” second row, second from the left). There’s also classics like Winnie the Droid and Teenage Mutant Ninja Droids. Man, who’ve though TMNT would be considered “classic!” And you can’t go wrong, with the Bot as the Tardis with Dr. Who and Amy Pond.

Other Droid shirts include Judge Droid, Dead Pool, Indiana Jones and the Temple of Droid with the Sankara Droids (how’s that for an obscure Temple of Doom Reference?), a Cylon Droid T-Shirt, and is that “Hello Kitty?!” There’s even an Angry Birds Bot with the Black Bomb Bird. But the cutest has got to be “I Put a Droid in your Droid” The shirts are $23.94 over at RedBubble and are available in different colors.