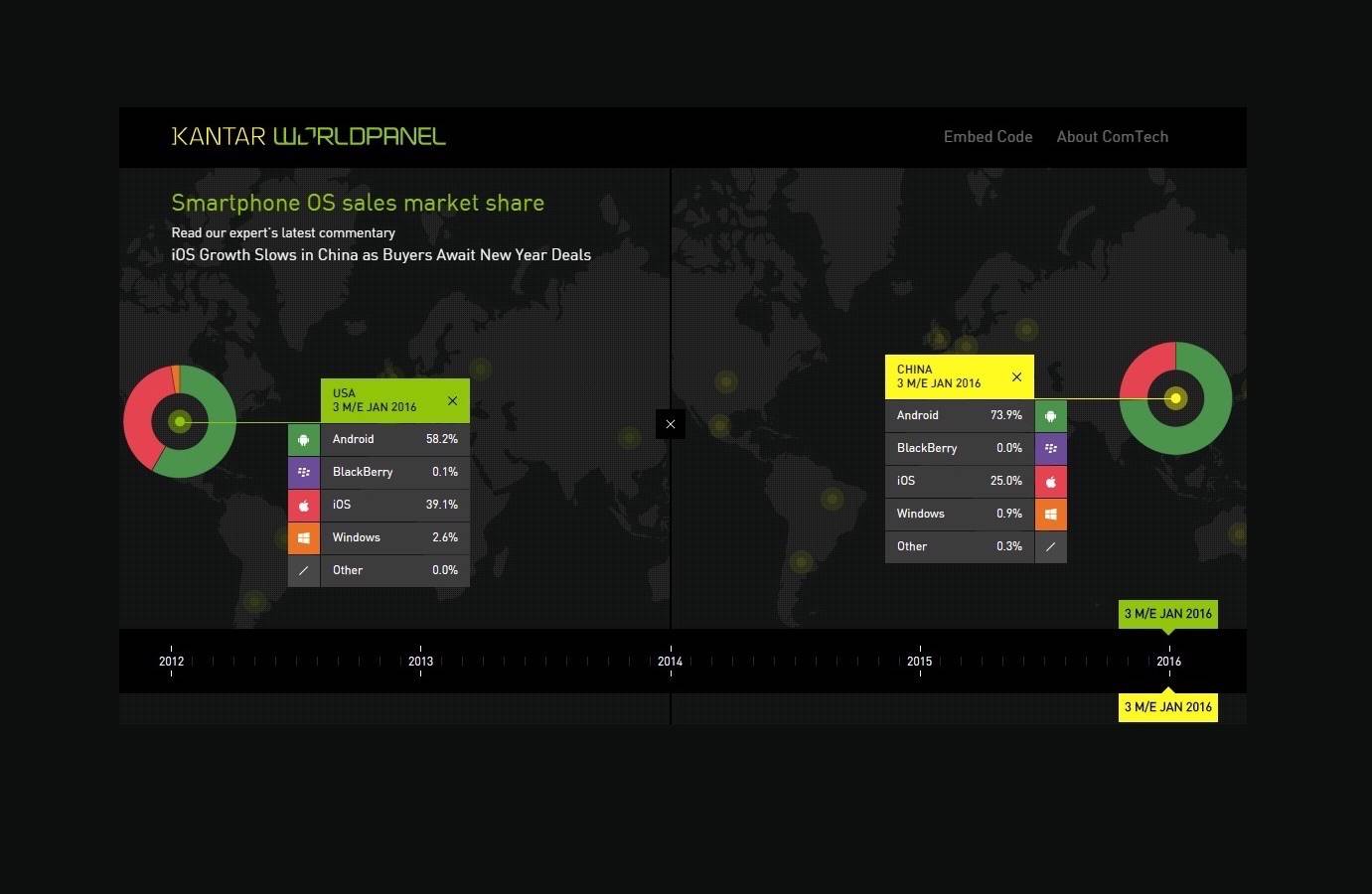 We’ve come to a point where the mobile industry is already very much established. It didn’t take us that long before smartphones became the standard in mobile communication. Netbooks and tablets came and made people more productive, accessible, and mobile than ever but their numbers soon were reduced in favor of mobile phones. In some fields, even desktop computers and laptops are being replaced by smartphones because they are compact, portable, and more powerful.

Phones can also be upgraded more easily and you can actually do anything with it aside from just making calls, sending text messages, and connecting to the Internet. Just recently, Kantar Worldpanel ComTech released smartphone sales data from the last three months (Nov, Dec, and January). According to the report, iOS growth is still evident albeit now slow in urban China.

The Cupertino company is the most popular brand in the emerging market with about 25% of all smartphone sales. The rest though are divided among other several OEMs running different platforms. However, mobile growth was slow in January. It could be because the holidays were just over or people could only be waiting for February because of the Chinese New Year but that’s only in China.

Huawei may be the new king in China but it’s the second biggest brand in Europe with about 14% of the market. That’s a five percent improvement from the previous year. It’s the second top brand in Germany, Spain, and Italy with the numbers doubling in France and Great Britain.

The OEM is then followed by another Chinese brand–it’s closest rival in China–Xiaomi. The latter even used to be the King but Huawei became much stronger the past year. While Huawei saw a continued growth in EU5 (France, Germany, Great Britain, Italy, and Spain), Xiaomi unfortunately saw a 10.2% drop from last year, same period.

The Android community in the US remains to be strong, capturing about a third of the market. Apple’s iOS only got 13.7% of the mobile arena. Looking at the brands, here are the more popular names especially among the first-timers: Samsung, LG, Motorola, ZTE, and Alcatel.

Since virtual reality is slowly becoming popular, more brands are venturing into this “realm” like Samsung and HTC. We know Samsung already has the Gear VR but as for HTC, we don’t know when its Vive headset will be commercially available.