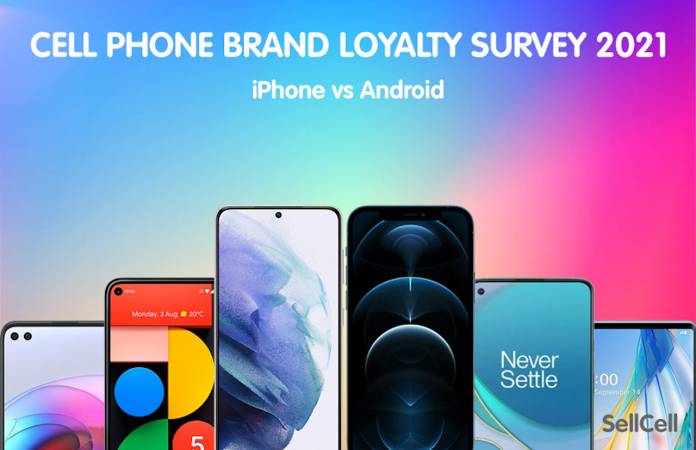 While the smartphone industry wrestled with a lot (as did other industries) last year, the latter part of 2020 saw a resurgence as people started buying new devices again. A brand loyalty survey was conducted around the time the Samsung Galaxy S21 series came out. Sadly for Samsung, customer loyalty to their brand has dropped 11.7% as compared to the results of the survey from 2019. Apple meanwhile is enjoying an all-time high when it comes to their customers sticking with the brand and their iPhones.

SellCell conducted the brand loyalty survey among more than 5000 US-based smartphone users who own any of the five major brands: Apple, Samsung, Google, LG, and Motorola. Aside from asking if they would remain loyal to their current brand, they also asked for things like which brand would they switch to if they decide to go, what factors affect these decisions, and what are the most popular and least popular flagship smartphones.

Results show that 92% of Apple users will choose to remain with their brand rather than switch and this is the highest percentage they have since this particular survey started. As for the other brands, Samsung loyalty dropped 11.7% as only 74% of its users will remain loyal while Google Pixel users also dropped to 65.2%. Motorola and LG users are the most “disloyal” at 71% and 62.6% respectively.

Other interesting survey highlights include 26% of Samsung users saying they will change their phone brand the next time they upgrade and 53% of the “defectors” saying they will choose an iPhone for their next device. Reasons for switching include privacy concerns and value for money. As for which flagship device they consider to be the best, 46.4% chose the iPhone 12 range while 30.4% say it’s the Samsung Galaxy S21 range.

Based on this particular survey, it looks like Android devices have to do some catching up with Apple in terms of getting their users to stay with them. But of course, at the end of the day, it’s the sales numbers that really matter so we’ll have to wait a little later this year to see those.