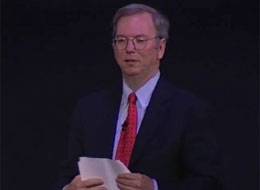 Its no secret that Android is picking up steam and is quickly becoming the fastest growing market among smart-phone and handsets in general. The versatility of the platform as well as the different hardware variations are really helping to aid in the growth of the OS. But 60,000 units shipped a day? This is an awesome feat and shows the popularity of Android around the world.

Eric Schmidt has revealed at MWC 2010 that more than 60,000 Android devices were shipping every day, which is about double the amount compared to the last quarter. Although he did mention that this is not the number of devices sold every month. If this trend continues it means that there will be around 22 million Android devices shipped this year. That would put the number of Android devices shipped 3 million less than the iPhone which shipped 25 million last year. However with Google has partners that has yet to release their Android’s and will be doing so within the coming months so I expect this number to continue grow throughout the year.