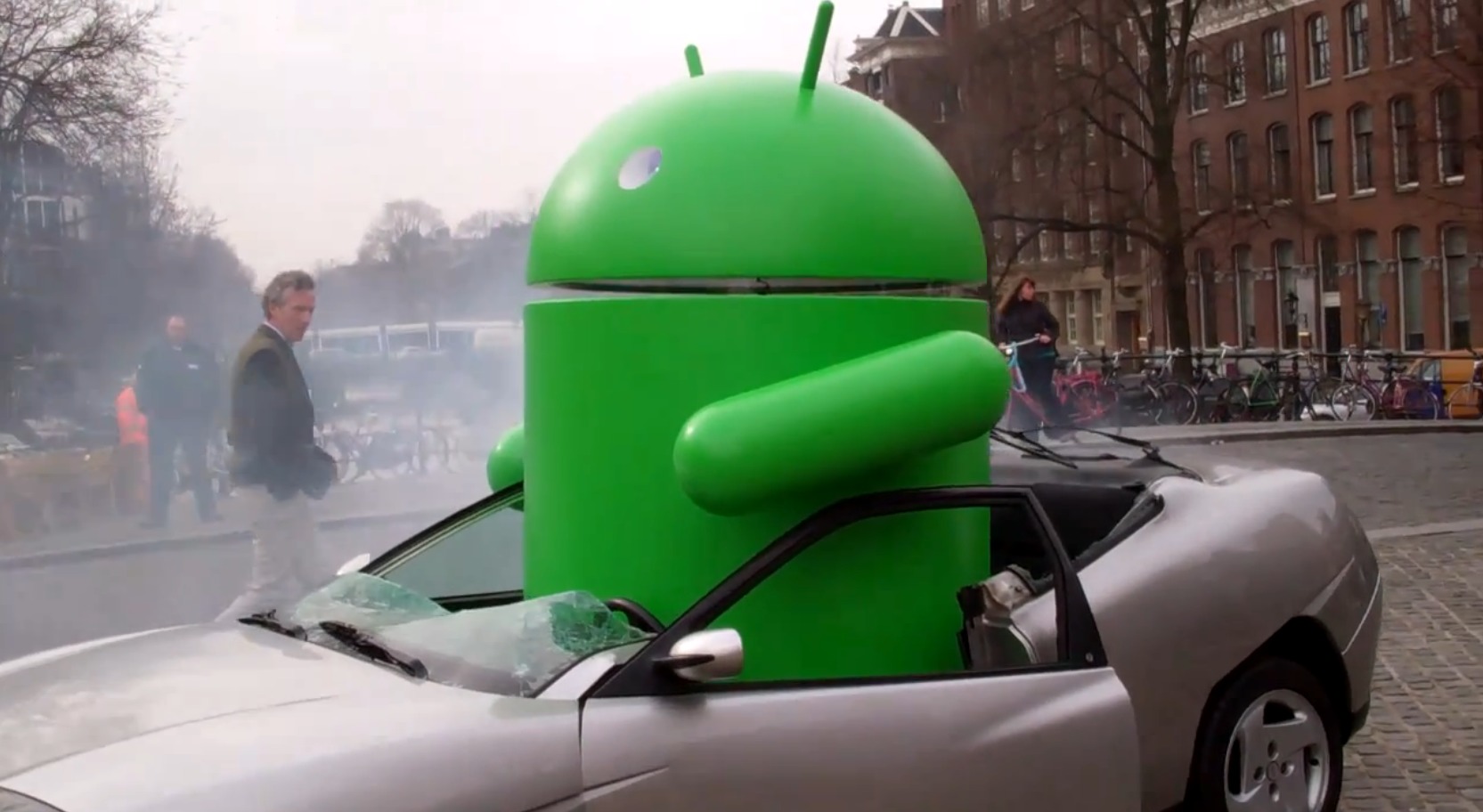 Apparently we arrived a few weeks too early! It seems as though Amsterdam is about to be completely invaded by Android smartphone, a gigantic green Android smashing a lovely gray car leading the way for an “Android Week” at Dutch phone retailer “Phone House.” This particular incident took place on Torensluis right next to the Multatuli statue – if you live there, you know exactly what that means. Now if only the could get it to get out of the car and continue smashing additional vehicles.

Now one must also wonder what they plan on doing with this humungous addition to the world of Android-related sculpture. It appears to be generally equivalent in size to the Android sitting on the lawn in front of Google’s Building 44. To peek at the rest of the statues Google officially has gracing their house, take a peek at the [Sculpture Portal] – one for each version -hooray!

In addition to this giant robot drop, The Phone House did a survey on an undisclosed number of Dutch phone users finding some interesting statistics. You wont find these numbers anywhere else, especially not in the USA: iPhone (21%), Windows Mobile (17%), BlackBerry (16%), Symbian (13%), and Android at a whopping 34%. So fresh! Of course, this is all very cool until you realize the amount of people standing around the area in the video. Not so much!

[thanks for the tip, Carl! via Planet Android]