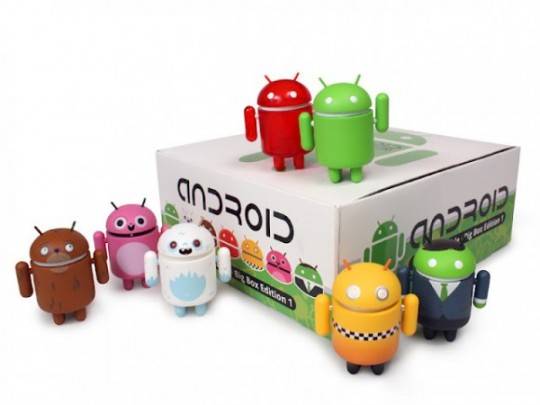 A report from analysts Gartner has broken down the sales of smartphones from Q3 2012, and the numbers are rather interesting. As you would expect, Android was the best-selling OS by a sizable margin. Along with that, it also had the highest percentage of market share for Q3, and the competition was not even close.

In all, Android sold 122,480,000 units in Q3, according to the report. In second place was iOS, which sold 23,550,300. In third was Research In Motion (RIM) with 8,946,800, which is obviously a huge decline for the company that used to be the number one manufacturer of smartphones not long ago with its BlackBerry OS. All that said, Android clearly has the market on lockdown, and they are showing no signs of relenting that hold. 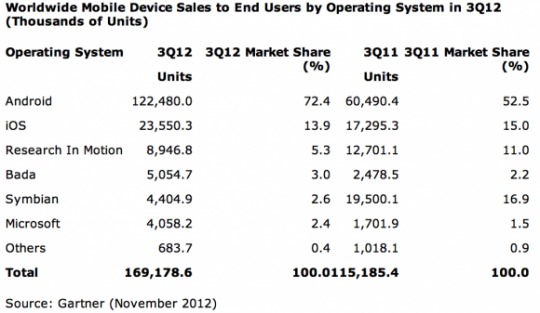 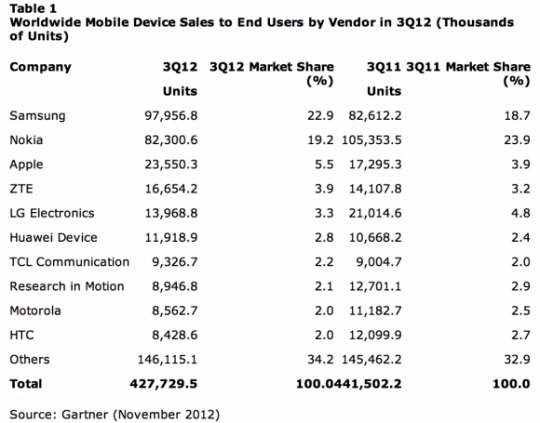 The report also talks about manufatures and their sales volumes. As you can probably guess, Samsung is the leader by a good margin. Samsung sold a total of 97,956,800 devices for 22.9-percent of the market. Nokia and Apple rounded out the top three device manufacturers.