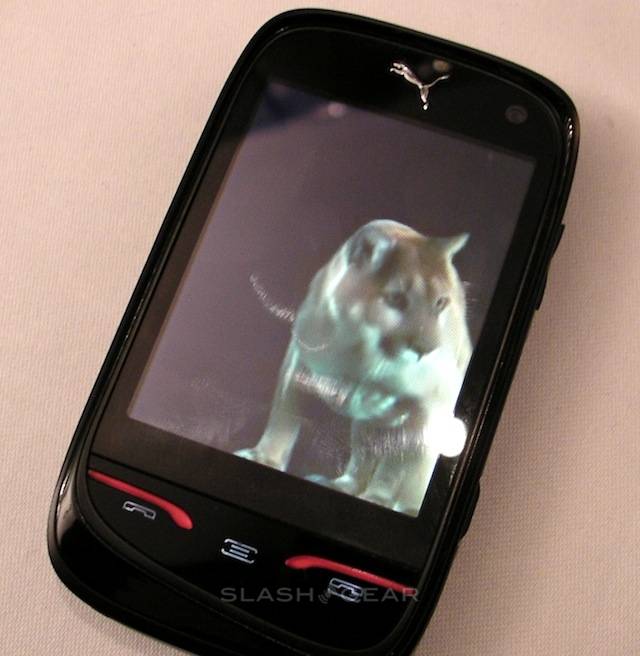 Sagem are looking to Android for their next-gen Puma phone, as the French phone company commences rolling out the open-source OS across its range.  We caught up with the Puma phone – which is currently based on Sagem’s home-grown platform – at a pre-launch event last night, and the company’s executive VP of marketing and user experience confirmed that Sagem are considering an entry-level version of the sports/lifestyle themed device which would run Android.

The likelihood is that it would also be heavily skinned, with Sagem’s Puma-themed UI and links to the various connected services they’ve developed.  These include everything from sports news through to an online store where you can buy phone accessories and sportswear from Puma’s line.

Any second-gen device isn’t expected to arrive until sometime in 2011, but it won’t be the only Sagem handset to run Android; the company have committed to making a significant part of their range run Google’s OS.  More about the Puma phone over at SlashGear.