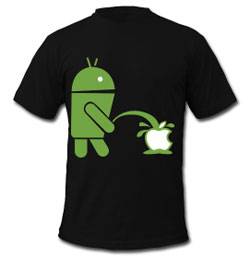 Millennial Media has unveiled its report called the mobile Mix for September 2010 that counts the most popular smartphones and devices on the ad network run by the company. According to the latest numbers, Android devices have for the first time ever exceeded the iPhone in revenue on the network.

Android ad requests increased 26% month over month and are up a massive 1283% from January. Between the iPhone and the iPad, Apple devices accounted for 30% of the impressions on the Millennial Network in September. Motorola also beat Samsung to become the second largest device maker on the network.

Motorola can attribute that growth to Android since most of its popular devices run the Android OS. Of the top 20 mobile phones on the network, the Android running Motorola Droid was in second place with 9.66% of users for the month behind the iPhone with 19.28%.