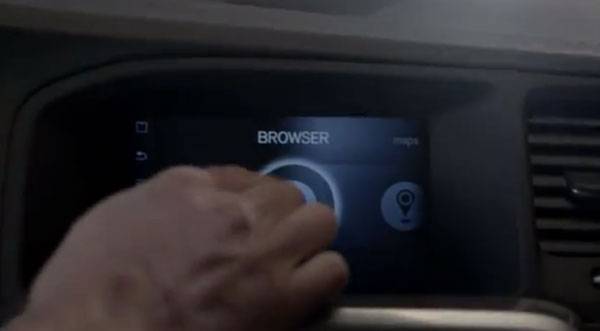 When the Android operating system is combined with an in-vehicle Internet connection, the infotainment system becomes very interesting. Drivers can get web-connected GPS navigation results and can stream audio from the Internet using various applications. The entire system is designed to help minimize distractions to the driver.

The system uses Neonode’s MultiSensing touch solution designed specifically for the automotive industry. The screen is 100% transparent and has no glare, even in direct sunlight. The system also promises to be undisturbed by electrical interference. The touch technology used in the screen is based on infrared light allowing users to control the screen with any object.

That means that rather than having to touch the screen with a bare finger, drivers can operate the system while wearing gloves, with a stylus, and ordinary pen, or even car keys. One of the more interesting features shown in the video, which you can see below, is the ability for the vehicle to play audio content describing some of the sites you see as you drive through the city.