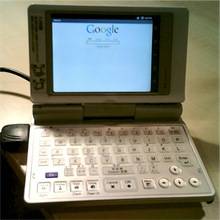 People are bringing up a very interesting point about the growing popularity of netbooks. Many of the users that pick up a netbook are interested in getting something that just works. Needless to say a Linux based netbook might not tickle their fancy. A fantastic alternative to this option would be an Android-powered netbook.

Google has said time and time again that eventually this operating system could make its way to desktops and even into cars. Such an operating system in a netbook seems like a no-brainer to me. We would see improved battery life, a more first time user experience. Customers who purchase a netbook want the Internet, not a complex open source operating system such as Linux.

Perhaps the best aspect of having Android on a netbook is the end cost for the customer. Android does not charge for their operating system like Microsoft, thus bringing costs down. The x68 version of Android is rumored to be available to the public by 1Q 2009 opening the possibility of having and Android-powered netbook by this time next year. Who would love having an Android based netbook at home?