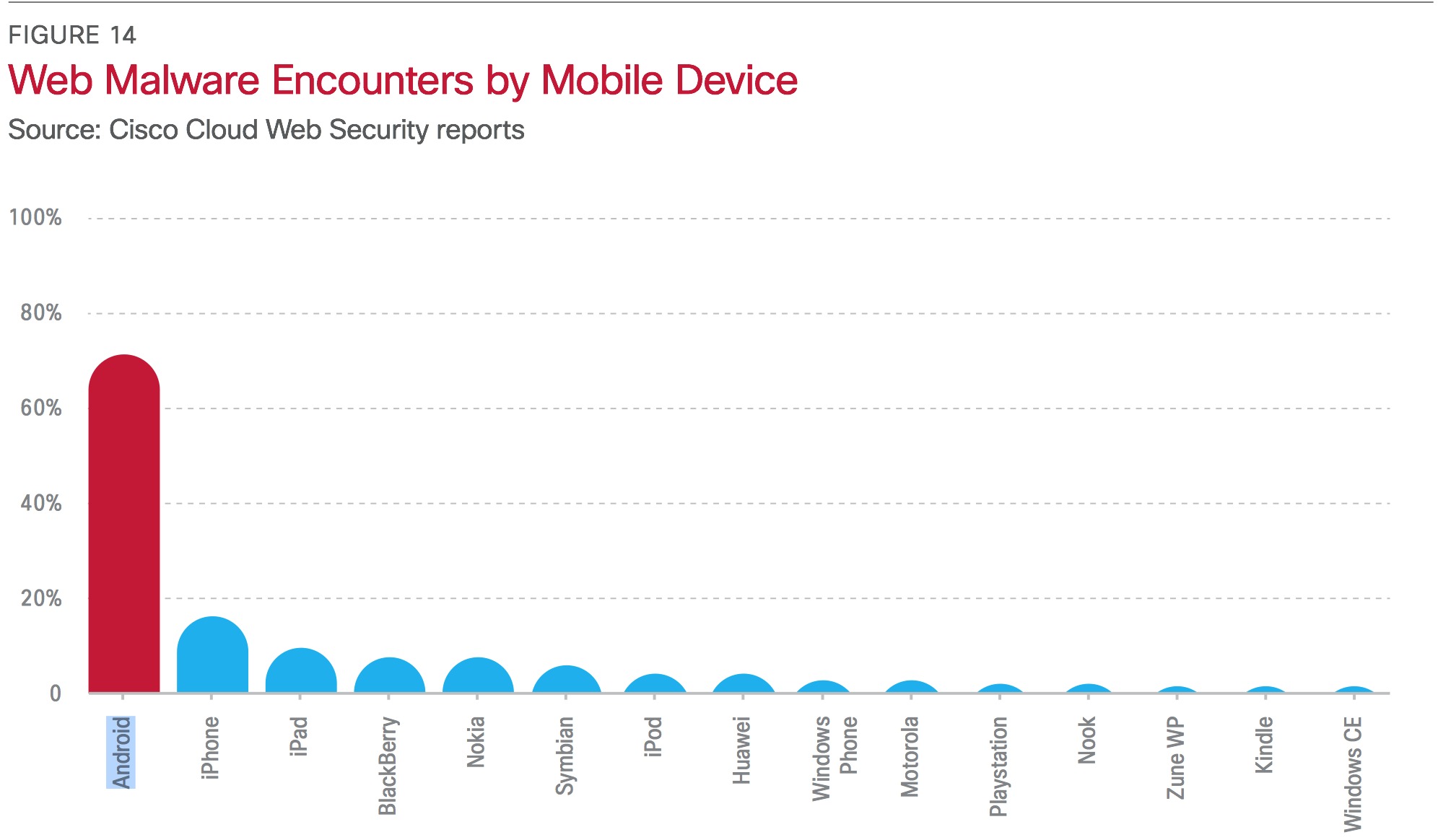 According to a new report from Cisco, Android was the target for 99% of all mobile malware last year. Unsurprisingly, Android users also have the highest “encounter rate” with web-delivered malware, at 71%. Our iOS counterparts fall short of those numbers, but there are a few omissions from the report which could explain quite a bit.

We can first look to the numbers themselves, and find a modicum of sensationalism. Android is a major target because it’s the only major open platform. If you invite everyone to a party, there are going to be a few bad apples that show up. From there, it’s a matter of navigating things appropriately.

The major culprit of the malware comes from SMSSend, a known trojan that has been around for quite some time. The andr.smssend trojan is responsible for 98% of Android malware, and hints at the real problem with Android malware. To best understand the issue, we’ll look to the source, which is where you’re getting the apps from.

The SMSSend virus is said to be found mainly in Russia (we get that form other sources, not Cisco), where there are many sideloaded apps. It’s always best to avoid apps outside the Play Store, and to be extremely cautious when downloading any app. If it looks like trouble, it likely is. Even something as innocent as wallpapers can bring unwanted issues, so do your diligence before loading apps of all types.

Malware will occur, and Android will likely always be a major target. The Cisco report is alarming, but doesn’t break out geographies, or which apps are major culprits. They also point to Android being the target of 99% of all mobile malware, but regretfully omit just how much malware there was overall.
VIA: 9to5Google