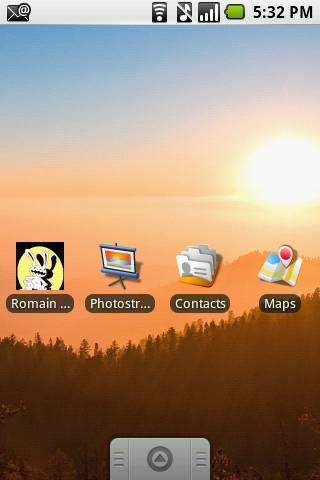 Google just announced a new open source sample application called Photostream.  Photostream has been added to the aapps-for-android project, and it’s available for you to test drive.

Photostream is a simple photos browser and viewer for Flickr. All you need to use it is a Flickr screen name or user name (the application offers a default user name if you just want to try it.)

This application serves as an illustrative example of several Android features and APIs:

My favorite feature is the ability to add a new shortcut type in Home, to create a shortcut to any Flickr account. The shortcut shows a custom icon, downloaded from the Flickr user profile:

If you plan on reusing the source code to access Flickr in your own application, you should modify the Flickr.java file to replace the existing API key with your own. The application source code also contains a very handy class called UserTask.java. This class is designed to help you easily write background operations that interact with the UI thread.