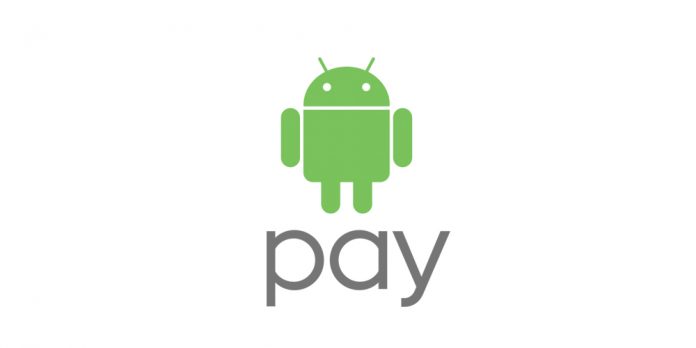 Android Pay has been rolling out in the US and several countries, specifically the UK, Singapore, and Australia. However, it is of course only as good as which bank you’re using. If the bank where you do your business with isn’t included in their list of supported financial institutions, then of course you won’t be able to use it to pay for your purchases. Customers of Chase Bank may have a bit of good news coming their way. A leak of an internal document shows that the bank will start supporting the mobile payment system by September 7.

Now of course leaks aren’t always 100% reliable, but the document looks legit. It simply informs Chase employees that by September 7, they will be able to enroll their Chase Visa consumer credit cards, consumer and business credit cards, and Chase Liquid cards to the Android Pay program and use this to make payments both in-store and in-app payments as well using their supported Android devices.

The bank actually was attempting to start their own payment gateway called Chase Pay, but it planned to use QR codes instead of NFC or MST. There is no news yet if they will be pursuing this or if they’ve shelved the plan completely and instead just put their eggs in the Android Pay basket. Or maybe the two can co-exist, since not all Android phones will be able to run Android Pay yet.

So if you’re a Chase bank customer and you have a device that’s compatible (running Android 6.0 Marshmallow and above), then you should already download Android Pay in preparation for the supposed start of the implementation of the partnership. We’ll find out in two weeks time if this leak is indeed legit. 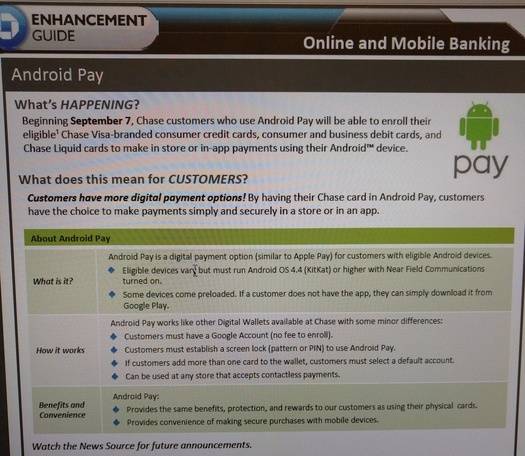