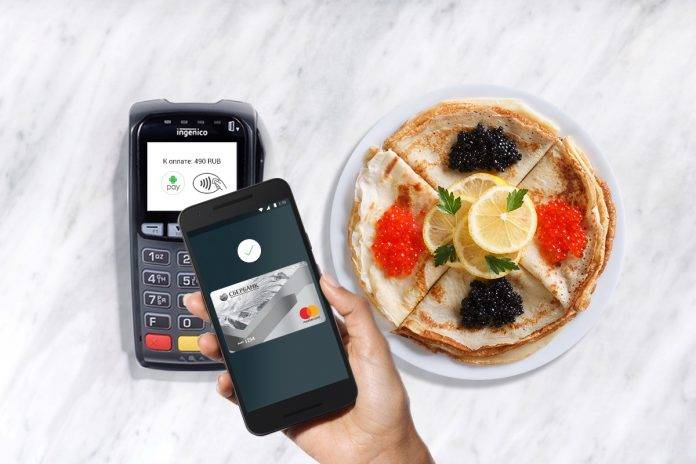 Slowly but surely, Google is continuously unleashing Android Pay to the world. The mobile payment gateway has now added another country to its roster, letting people in Russia pay for their online and offline purchases through their phones. The Russian Google blog made the announcement, letting people know that this is the 11th country where the system is available for devices that support it and the initial list of banks that can be connected to your account.

Starting today, people in Russia can already start paying for their purchases using their smartphones through the Android Pay app. There are only 15 banks associated initially with the mobile payment gateway, including Sberbank, Alfa-Bank, VTB24, Russian Standard Bank, and Raiffeisen Bank. They did promise to add more banks later on, as what they have done with other countries as well.

There are already “thousands” of stores and establishments where Android owners can go to and use Android Pay, like Burger King, Starbucks, H&M, McDonalds, and a lot of other local brands and businesses. And just like when it rolled out to other countries, you can also use it to pay for in-app and online purchases as well, like in Lamoda, OneTwoTrip or Rambler / Cashier. Just tap on the “Pay with Android Pay” within the app or site and your payment will be complete.

You can download Android Pay from the Google Play Store, connect your card, and then unlock it at the NFC payment terminals in the store. If your purchase costs less than 1000 rubles (around $17), your phone will automatically wake up.