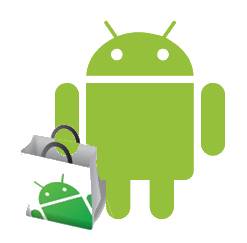 So, yesterday there were some grumblings about the Android Marketplace being down. However, while there were some protests here and there, it didn’t seem to be a widespread problem. The market would refresh just fine, applications would show in the appropriate places, and most importantly, people were able to download things. Things have changed, though.

We’ve received several tips, and we’ve tried it on three of our own Android devices: the Android Market seems to be not allowing downloads at the moment. We’re not sure what the issue is, and so far we’ve tried it from both Verizon Wireless’ side of the market (with no luck). So, if you’ve got an Android device somewhere else, on another carrier, then let us know in the comments if you’re able to download anything!

[Update] Yep, as the title suggests, it looks like it was just a rolling “blackout” of sorts. Maybe has something to do with updates to the Froyo, or maybe it’s just a fluke that a lot of people had at the same time. In any event, the Market’s up and running, it seems, but if you have any troubles, let us know!