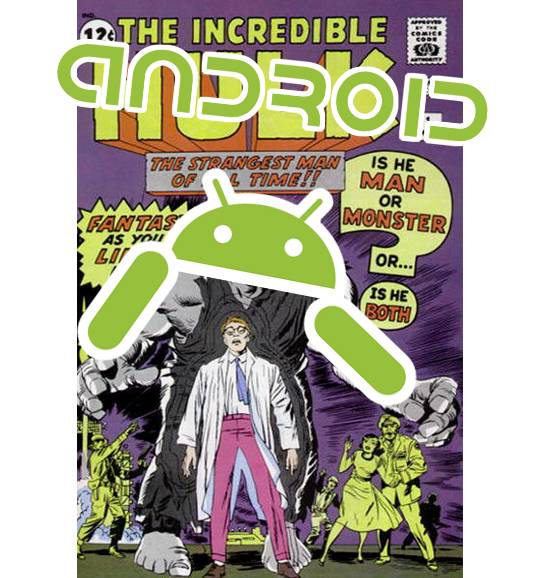 Research firm Canalys has released a press release predicting “Android will grow more than twice the rate of major competitors in 2011.” Powerhouse! Canalys notes that Android already claimed a 25% share in the worldwide smart phone market, they with 20 million shipments of the Google-based smartphones worldwide. Casting poisonous words like “fragmentation” aside, Android shipments grew more than 1,000% during the first three quarters of 2010 over the same three quarters in 2009. That seems like a lot to me, does it seem like a lot to you? When you call Android “fragmented,” Android gets ANGRY – you should make Android ANGRY!

Take a look at the entire press release below. It’s interesting how they go through all the ways fragmentation had the potential to hurt Android, but ended up being just fine as everyone kept up in one way or another and developers crashed through the walls to make Android an amazing worldwide phenomenon. Android to infinity and beyond, basically. Have a look:

Canalys today announced its projection that Android will continue to grow at more than twice the rate of its major smart phone competitors in 2011, despite market concerns over platform fragmentation and the arrival of the iPhone 4 on Verizon in the US. According to Canalys Q3 2010 estimates, the Google-backed platform already claims a 25% share of the worldwide smart phone market, with over 20 million shipments of Android-based worldwide.

‘The growth of Android has been phenomenal, but so too has the number of related devices launched with different hardware and software specifications,’ said Canalys Principal Analyst Chris Jones. ‘This has led to the market perception of it as a fragmented platform, though we believe that growth will continue as the pace of Android OS upgrades slows.’

Since the launch of the original Android platform in September 2008, many versions have followed. Gingerbread (Android 2.3) is already Google’s eighth update, with its forthcoming Honeycomb (Android 3.0) pad-focused release set to appear on devices in coming months. The platform’s rapid evolution has required increased resources from both device vendors and application developers to support the operating system.

‘The need to differentiate has pushed vendors to create customized user interface overlays for their Android devices,’ said Jones. ‘As additional investment is required to ensure compatibility with each operating system upgrade, this has hampered vendors’ efforts to stay up-to-date with the latest Android iteration on current devices.

‘Fragmentation affects all OS platforms, though it is particularly visible with Android due to the fast pace of upgrades that has characterized its growth,’ said Jones. ‘The problem has been less pronounced on competitive platforms, such as Apple’s iOS, as devices have been able to support the iOS 4 upgrades since the iPhone 3G. Nokia has also sought to minimize its fragmentation issues by utilizing the cross-platform Qt framework.’

Vendors working on Android have leveraged the open source platform to push prices down and bring smart phones to the mass market. As a result, Android shipments grew more than 1,000% through the first three quarters of 2010 over the same period in 2009.

The platform has benefited established vendors, such as Samsung and HTC, but also enabled PC vendors, such as Acer, to enter the market with a broad product range spanning smart phones and pads.

‘With Android’s momentum expected to stay strong, the installed base of Android-based smart phones and pads will rapidly increase – good news for developers,’ said Chiam. ‘To be successful, developers must be prepared to cater to the abilities of the different device categories, tweaking the user experience of their applications accordingly. This additional effort is well worth the potential benefit of broader application distribution.’

‘To support developers, Google must also make substantial enhancements to the Android Market, including the ability to detect device platforms, highlighting the applications suitable for each, which would improve the user experience and increase the number of downloads,’ said Chiam.