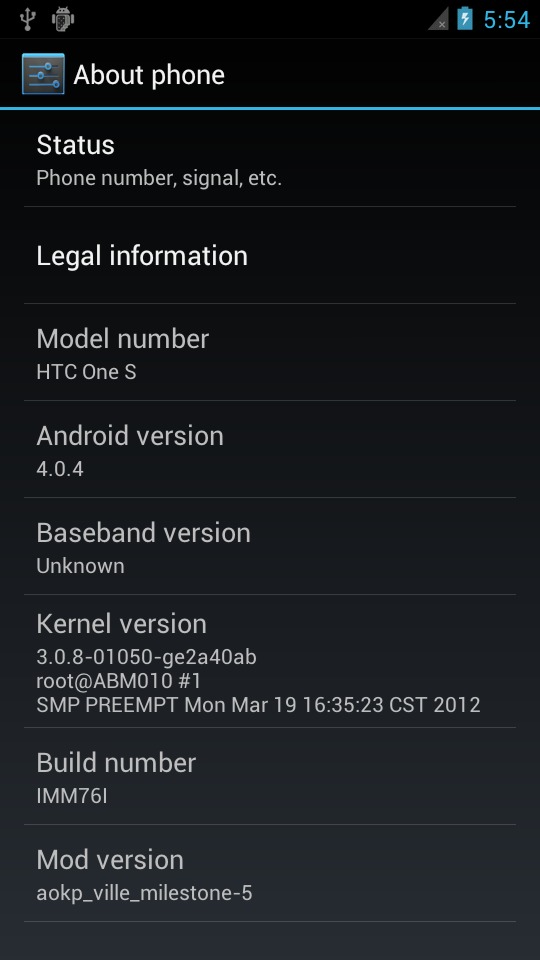 Everyone’s favorite unicorn-themed custom ROM has come to T-Mobile’s new flagship, the HTC One S. A quick look at the free ROM hosting site Goo.IM shows that noted developer Jacob “ProTekk” Bell has a version of Android Open Kang Project (AOKP) Milestone 5 ready and waiting for the “ville”, or One S. He showed off the build on his Twitter account yesterday, but offered no download or instruction.

AOKP has fast become the most popular new ROM to spring up since Ice Cream Sandwich became available. It’s built on a lot of CyanogenMod code, with a ton of tweaks and visual flair that are specific to Android 4.0. The build borrows heavily from other ROMs and mods (with attribution, of course) and adds its own bizarre sense of style – expressed via an angry pink unicorn theme seen in the boot logo, wallpaper and settings menu. You can disable the boot logo if you want, but you’ll be mildly chastised for doing so.

As far as we can tell, this build hasn’t been publicized on any of the major development forums yet. This being the case, we urge you to proceed at your own risk – there’s no telling what’s working or not working in the posted software. As always, make sure to make a Nandroid backup. If you’re not overly confident in your modding skills, it might be best to wait for an official release.